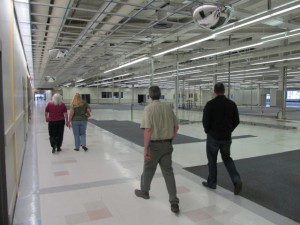 LOVELAND - The Rocky Mountain Center for Innovation and Technology - aka The Center - has a new video that highlights the attractions of locating a company in the former Agilent Technologies campus in south Loveland.

Cumberland and Western Resources owns the 177-acre campus and is recruiting companies to locate there in cooperation with the City of Loveland and NCEDC.

Kelly Peters, NCEDC's director of business retention and expansion, said the video aims to highlight the economic and other attractions of the site for people who can't tour the facility "to get a visual understanding" of the center's attributes.

"If that center takes off like we propose it will, it will be an economic catalyst for the entire region," she said.

Peters said the video is on YouTube and will be posted on all social media platforms. The video is also being presented to local groups, including a June 21 meeting with Loveland and Fort Collins commercial brokers.

Peters said Cumberland and Western is in negotiations with "at least one large anchor tenant" but could not identify the potential tenant at this time.