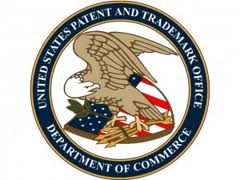 "This brings us one step closer to opening Colorado's regional patent office and delivering the jobs and economic development that come with it," said Colorado U.S. Senator Michael Bennet in a statement.

"The patent office will firmly establish our state as a destination for inventors and entrepreneurs and bolster our reputation as a hotbed for cutting-edge industries with deeply embedded cultures of innovation."

Bennet helped lead the collaborative effort among business leaders, academic and local officials, and the Colorado Congressional delegation to bring the patent office to Colorado.

It's estimated that the office, scheduled to open in 2014, will initially employ about 130 and up to about 600 workers after five years. The total economic impact is estimated at $439 million over the first five years.

Other new regional patent offices will be in Detroit (already open), Dallas-Fort Worth and San Jose, Calif.