CENTENNIAL - More than 200 people helped Innovation Pavilion celebrate its first-year anniversary on Thursday, as startup entrepreneurs, investors and service providers joined together to mark the occasion. 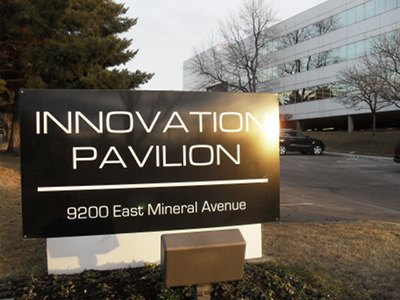 And while 2012 was a year to flesh out Innovation Pavilion's sleek, 80,000-square-foot office space at 9200 E. Mineral Ave., 2013 will be a year to build an entrepreneurial community across the Denver metro area, IP officials said.

Vic Ahmed, chairman and founder of Innovation Pavilion, said the first year was a success but only a start toward what IP will eventually accomplish.

"What we've implemented so far this year doesn't come close to what we intend to do," he said. "The quality of these programs is going to continue to grow."


Ahmed said one of the primary initiatives is to develop an angel investor group. 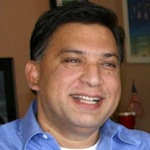 "We're formalizing an angel group here and we're reaching out to all the entrepreneurs in the state to help startups find funding," he said.

Ahmed said while the number of venture capitalists has been shrinking in Colorado in recent years, the number of angel investors is growing. Innovation Pavilion will focus on gathering together those angel groups, he said.

"We feel that conglomerating the angels can provide a huge service to the (entrepreneur) community," Ahmed said.

Ahmed also said Innovation Pavilion's investors and partners plan to open 10 more similar centers across the U.S. in the next two years. Details on that will be released soon, he said.

Gold and Adams offered insight on how entrepreneurs seeking funding can best go about doing so. An Angel Capital Summit, hosted by Rockies Venture Club, is set for Denver March 19-20.

Ahmed said he hopes to see continued growth in 2013 of the entrepreneur community through the services Innovation Pavilion provides.

"This is your platform, where you can come and leverage our services," he said. "Our doors are open, and we're here to keep expanding this platform so all of you, in some form, are able to use it.

"This is a tribute to all of you entrepreneurs who dare to take the leap and try something new. I salute you all."