CSU Ventures, Innovation Center of the Rockies to work together

FORT COLLINS/BOULDER - Colorado State University has joined with two of its sister educational institutions in partnering with Boulder-based Innovation Center of the Rockies in an effort to speed up the creation of new businesses based on CSU faculty research.

ICR, formerly Boulder Innovation Center until it changed its name in March, had existing partnership agreements with the University of Colorado and the Colorado School of Mines when it added CSU to its client list on May 1.

Under the one-year agreement, ICR will match its network of more than 1,000 volunteer mentors and advisers with CSU faculty and graduate researchers. The ICR will work with CSU Ventures to develop intellectual properties holding the most promise for commercialization in a variety of markets supported by ICR, including bioscience, clean tech, engineering, aerospace and IT/software.

"Really, we look at this as a way for us to leverage our folks with a very large network of advisers and mentors," said Todd Headley, CSU Ventures president. "We're encouraged we'll get a lot of feedback through the process on the strengths and weaknesses of the technology and the business model."

Headley said he talked with officials at the University of Colorado and the School of Mines before inking the deal with ICR. "We definitely got positive feedback," he said. "I think we (ICR and CSU) both saw it as a natural fit." 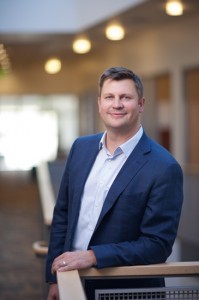 Tim Bour, ICR's executive director, said the ICR - founded in 2005 to blend the resources of business and academia in maximizing technology opportunities - has had a respectable track record.

"I've been doing this for four and a half years, and during that time we've probably had 75 faculty meetings," he said. "About one out of 10 resulted in a new company. I'd like it to be higher, but one out of 10 -- based on talks I've had in the tech transfer industry -- they'd take that every time."

Bour said ICR's methods have proven themselves over the years. "We've really optimized a process of working with university researchers. We're very friendly, very non-threatening and supportive of their work."

The secret lies in the legions of volunteer mentors ICR has marshaled, Bour noted. "We get the people who understand the technology and we really get specialized matches."

Bour said the advisers ICR recruits come from a variety of backgrounds. "It really depends on where they're at in their life. Most are at a point where they have the time and the financial flexibility to share their knowledge."

But CSU researchers won't be able to reach out directly to ICR's adviser network. They'll be going through a program manager to be jointly hired soon by CSU and ICR.

That's expected to ramp up under the ICR partnership, Headley said.

"We hope this will definitely accelerate some of these new technologies coming through CSU," he said.

Bour said the relationship brings together three major Northern Colorado universities and -- although there's no plan to have them work together -- it could result in some unexpected collaborations.

"It's pretty much a virtual circle," he said. "We now have relationships with the three largest research universities in Colorado. CSU is getting access to a process that we've dialed in to really benefit a research university."