LOVELAND - Overcoming challenges and finding inspiration for a better life through innovative and positive thinking were among the messages presented Friday at the second annual "TEDx Front Range" at the Rialto Theater Center in Loveland.

This year's theme for the 20 presentations was "Elevate: Inspire. Innovate. Implement."

A wide variety of speakers and entertainers offered their stories and experiences to an appreciative audience that filled the Rialto Friday afternoon.

One speaker was local entrepreneur Ed Van Dyne, who described how he found a way to make money through his love of cars, borrowing $25 from his father to fix a car that didn't run, fixing and selling it and using the profits to buy, fix and sell another.

Van Dyne, founder of Van Dyne Superturbo, said he repeated that process 29 times before he graduated from college. His ingenuity and perseverance was noticed, and Van Dyne said he was contacted while still in college by investors who wanted to back him with venture capital.

With that backing, Van Dyne said he founded a company and ran it for 14 years. For the last nine years, Van Dyne has been working to bring his patented Superturbo technology to market and is still a year and a half from production.

"It takes a long time to get through production and get to innovation," Van Dyne said. "But if you want to innovate, pitch your idea and go for it."

Ross Wehner, a former journalist and teacher from Boulder, said the U.S. is lacking in real leadership and the current system is not helping to close that "leadership gap." 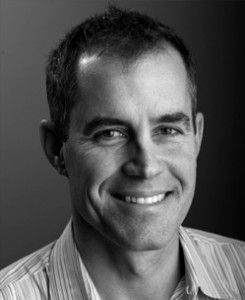 "Our leadership gap is growing wider," he said. "Kids sit passively in a classroom as they have for the last 100 years. This is no way to train leaders."

Wehner said innovative thinking is needed to change that, and he suggested more educators and corporate leaders find ways to get students out of the classroom and into real-world situations - in Third World countries and slums - where they can become "fully present" and learn how to make a positive impact on the world.

Another speaker, C.J. Huff, came from Joplin, Mo. to share his message of overcoming obstacles by getting the whole community to work together for a common goal.

Huff, superintendent of the Joplin school district, said the May 22, 2011 tornado that destroyed half the city devastated the town's high school, wrecked 10 schools and killed 161 people - including seven kids and a school staffer - threatened to keep school from starting on time in August.

But by reaching out to the local faith community - which until then had stayed at arm's length from the public schools - fall classes did start on time.

"We believe the resources exist in every corner of our community," he said in an emotional presentation. "We just have to be creative with those resources to meet those children's needs. 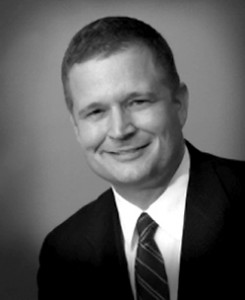 "When you bring the right people to the table, leave politics and religion and competition aside, you can overcome any obstacle. Nothing stops you."

TED, which stands for technology, entertainment and design, was established in 1984 and is a nonprofit organization devoted to "ideas worth spreading" (www.ted.com)

Steve - thanks for the coverage and glad you enjoyed the event


As important as the speakers are to a great event, the audience plays the most critical role. TedxFrontRange could not have been as successful as it was without great audience members. Glad you were there to participate.