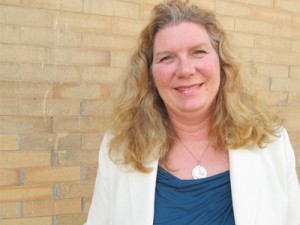 LOVELAND - Don't let the "mini" part of the NoCo Mini Maker Faire being planned for October in Loveland fool you, says Elizabeth Weiland, producer and guiding force behind the event.

So just what is a Maker Faire?

According to Weiland, the original Maker Faire (www.makerfaire.com) was first established in the San Francisco Bay area and now draws more than 100,000 people annually from all around the world.

From those beginnings, locally produced "mini" Maker Faires have sprung up around the country, and the Oct. 4-5 event in Loveland marks Colorado's first Maker Faire.

Weiland, who's been involved in marketing for more than 25 years, started producing major events with the Great American Beer Festival in Denver while vice president of the Association of Brewers. She also served on the board of CO-LABS, an association bringing scientific, research and business communities together to enhance Colorado's economic competitiveness.

She's also founder and president of the Insight Speaker Series, which has brought such global leaders as Archbishop Desmond Tutu to Colorado.

With just over three months before the event, Weiland said she's getting lots of help from regional businesses, organizations and volunteers for her latest venture.

"There's so much enthusiasm in the community," she said. "All I'm trying to do is rein in these wild horses."

Weiland said she's already lined up a presenting sponsor, Sparkfun Electronics in Boulder. The company is a natural ally for such an event, producing electronics and robotics kits for kids of all ages to construct their own inventions while learning about science.

She also has the full backing of the city of Loveland and Kentucky-based Cumberland & Western Resources, owner of the former Agilent Technologies campus - now called the Rocky Mountain Center for Innovation and Technology - where the Noco Mini Maker Faire will be held.

The event will have 100,000 square feet of the 800,000-square-foot campus, giving it plenty of room to spread out and hold all kinds of demonstrations and fun activities.

The event aims to bring together the arts - long what Loveland has been known for - and the sciences - which the city wants to also be known for.

"The No. 1 goal of our strategic plan is to be the heart of innovation in Northern Colorado," said Marcie Erion, business development specialist for the city's Economic Development Department. "We feel the Maker Faire is very representative of that strategic vision.

"It's basically a festival to celebrate that."

Weiland said the "art-and-science piece is very important" to the faire.

"How great to bring the scientists and inventors and the artists together, making those connections that usually aren't there," she said.

Weiland said applications for booths and demonstration space at the event is open now through Aug. 1. Additional sponsors are also being sought. Visit the event's website, www.nocomakerfaire.com, for more information.

Weiland said the intent of the Maker Faires is to bring out the inventiveness and creativity of people that often lies just below the surface.

"It's tapping into giving voice to this creativity that's always been there but frustrated, and this concept of possibility that wow, I can really do this and I want to share this," she said.