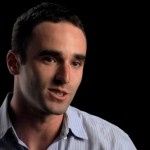 Both believe entrepreneurs can achieve and solve them.

Epstein's BHAG is to harness the energy and vision of entrepreneurs to solve global BFPs -- climate change, affordable housing, sustainable farming, elimination of disease and poverty.

"I think of myself as a misfit, a nonprofit capitalist," Epstein, a serial entrepreneur at 25, explained. "I believe in the power of profits and the marketplace, but I don't believe they should be used solely for the profit of stakeholders."

To bring together fellow misfits who literally want to change the world -- and have a business plan to do it -- Epstein and four other recent University of Colorado graduates founded the Unreasonable Institute in 2010. The third session of UI kicked off on June 15 with a public reception for this year's 22 Institute Fellows and their 50 mentors in Boulder.

They will all spend the next six weeks living together, exploring their ideas and ways to make them a reality, in an empty sorority house on the CU campus. The experience culminates with the Unreasonable Climax July 21 at Macky Auditorium, when the Fellows each have five minutes to unveil their visions for defining progress in our time before an audience of 500 community members -- and a few venture capitalists.

This year's Fellows are tackling their own BFPs with ventures to increase the incomes of rural women in China, dairy farmers in India and taxi drivers in Uganda; bring low-cost sustainable electric power to small communities in Guatemala; create a sanitation revolution throughout Africa; and eliminate substandard housing in North America through green-building education.

The mentors, who are unpaid, represent entrepreneurs from around the world in fields from electronics to communications, manufacturers to startup funders, people like Hunter Lovins, author and co-founder of the Rocky Mountain Institute, and Philip McKinley, former VP at HP. Both entrepreneurs and mentors are recruited through a far-flung network that Epstein says borrows heavily from Boulder-based TechStars and the TED lecture program.

"What's in it for (the mentors) is that they get to work with some of the best and brightest entrepreneurs on the planet," Epstein said. "We're asking them for something much more valuable than money -- their time. And they're happy to give it."

Even with unpaid mentors, the budget for each Institute is about $170,000, Epstein said. This covers renting the Unreasonable Mansion, all meals prepared by the staff chef, supplies and equipment, and the community day before the closing event.

As a capitalist, Epstein believes in metrics. While by definition an Unreasonable Venture must address social or environmental challenges of a global magnitude, its internal revenue must cover its operations costs, sustaining itself without grants or philanthropy.

The business model must be scalable across borders to meet challenges around the world. This can include what Epstein calls "copylefting" -- opening the idea for unrestricted replication by other social entrepreneurs. And the venture must meet the needs of at least 1 million people.

The final cut for which ventures come to Boulder is determined by every entrepreneur's final arbiter: the marketplace. The cost of attending the program is $10,000, but no one can simply write a check for that amount. The final 45 projects are put up on the UI website to compete for crowdfunding from investors in small amounts. The first 25 projects to reach the $10,000 goal get in; it usually takes dollar "votes" from between 100 and 200 people to make it.

Epstein says this not only levels the playing field by eliminating the "rich uncle problem," but it also encourages the Fellows to build their funding networks.

Measuring the metrics doesn't stop after the Institute is over. An impact analysis is done at 6 months and then a year later. Naemeka Ikegwuonu's Smallholders Farmers Rural Radio uses available technology -- the transistor radio -- to educate farmers in Nigeria about best agricultural practices. Six months after completing the 2010 Institute, Ikegwuonu had doubled his listenership and is on track to reach 5 million, according to Epstein.

He has also uncovered one unexpected metric: tattoos. At least two of the Fellows have had UI's flying-lightbulb logo printed on their skin permanently.

About the Author: Kate Hawthorne

Kate Hawthorne is a freelance writer who lives and works in Fort Collins. She can be reached at  <a href="mailto:[email protected]?Subject=InnovatioNews%Inquiry">[email protected]</a>