BOULDER -- Albert Einstein proposed that imagination is more important than knowledge. For the inventors and artists who gather at Solid State Depot in Boulder, both attributes are vital to what has been dubbed the "hackerspace movement." 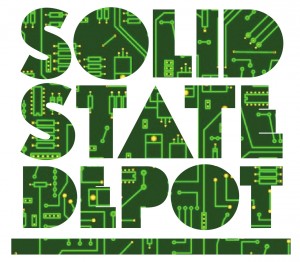 In essence, a hackerspace is both a place and a mind-set. Historically, hackers were tinkerers--craftsmen who liked to take things apart and put them back together to see how they work--with a bent toward improving upon the original design.

Rather than having a negative connotation (as in computer saboteurs), hacking was an honorable way to gain and exchange knowledge.

People within the hackerspace community want to reclaim the term and give it a positive spin, explains Joel Bartlett, one of the Boulder group's founding members. "Some people prefer to call it a makerspace.  It's learning by doing."

There's a lot of talk in business these days about "incubators," think-tank environments where new ideas are hatched and tested. Yet many science and technology incubators tend to be insular -- solar energy experts, water purification experts, information technology experts, biotech experts, etc. - who exchange ideas strictly among themselves.

Like an aviary, birds of a feather flock together.

A hackerspace, by contrast, is more like the jungle, attracting different species amidst the flora and fauna. It's a more diverse ecosystem. Computer geeks interact with bioscientists; traditional craftsmen brainstorm with aerospace engineers; machinists consult with physicists; engineers get inspiration from visual artists - you get the idea.

It's a great dynamic. When individuals from outside a particular field are introduced to a new idea, concept, invention or product, they're not necessarily constrained by industry bias.  Innovation can come from anyone. It's an opportunity for true, outside-the-box thinking.

What's more, it's a collaborative process. One person might have the technical expertise to work out the manufacturing process, while another sorts out engineering flaws, while someone else shares expertise in developing marketing strategies for a commercial launch. Imagination isn't limited by convention, education or training.

Dan Davis-Boxleitner and John English, among others, are credited with starting Boulder's hackerspace two-plus years ago. There's even a funny YouTube video from their presentation at the University of Colorado, where the two men explain what the hackerspace movement is and make a pitch for members. English still plays a key role in Solid State Depot's organization while he runs his own engineering company and pursues a master's degree.

Initially, the group was a handful of guys who met in a coffee shop weekly to talk about their ideas and projects. Bartlett, an electronics professional, was among the regular attendees. The group's goal was not just show-and-tell, but to find a place where they could get together and actually make stuff.

A big first step was when they were invited to share space in a furniture restoration shop. Once there, members began pooling resources and acquiring tools for communal use. The shop now owns a "tool library" with a full complement of wood- and metal-working equipment, including saws, drills and mills, and a wish list of other priority items. In addition, the Depot also owns a 3-D printer ideal for prototyping plastic components and making one-of-a-kind replacement parts.

The hackers have been so resourceful at finding what they need that they outgrew their original space in the second year. The current 1,500-square-foot shop is located at 5311 Western Avenue. Bartlett jokes that they have reached "the terrible twos" and experienced some inevitable growing pains, but the movement is gaining momentum--primarily through word-of-mouth--and the group is self-supporting.

"It's a gathering place," explains Bartlett. "It's like a clubhouse.  People come for inspiration, to ask questions, to share tools, to get feedback and to work in a supportive, creative community."

Cool stuff is definitely happening there. For example, Daniel Zukowski, a graduate student at CU Boulder, created the original prototype for a robotically-tended garden, known as "autoponics," at Solid State Depot. The system he built in collaboration with others (including Davis-Boxleitner), is being studied and modified for potential inclusion on a manned space mission to Mars. NASA is sponsoring the project through CU's graduate level aerospace engineering program.

Other Boulder hackerspace entrepreneurs are working on e-textiles and sustainability and energy efficiency projects, including such things as petal-powered washing machines and highly efficient solar batteries. These items may be among the innovations that help address power shortages in rural Africa and other remote locales.

On Tuesday nights -- from 7:30 to 10 p.m. -- the Depot holds an open house. Individuals who are looking for a creative space to work alongside other like-minded people are invited to drop in and mingle with hackerspace enthusiasts. Visitors can check out the tools and see what else the facility has to offer, such as the "snackerspace" where they can hang out and have coffee with other cool inventor-types. The rest of the week, the Depot is reserved for working members only.

Bartlett says Solid State Depot currently has 25 members. Cost to join is $75 per month and $25 for students. The group also offers classes and workshops to help people develop practical how-to skills such as soldering, casting and 3-D printing. Classes and workshops are open to everyone.

For more information about Solid State Depot, log onto www.boulderhackerspace.com.