FORT COLLINS - The Northern Colorado Bioscience Cluster is gathering its energy for another growth spurt under a new executive director. 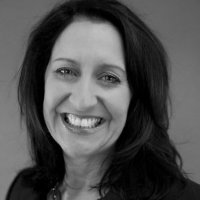 NoCoBio, an initiative of Rocky Mountain Innosphere and the city of Fort Collins, aims to drive the region's life sciences community and make the area an attractive home to bioscience research and product development.

NoCoBio was launched in 2004 with support from the then-newly-formed Colorado BioScience Association (CBSA), which remains a strong partner.

The initiative has gone through a series of leaders, most recently Mike Handley, who left in December to become CEO of CHD Bioscience in Fort Collins.

Scott said much has happened for NoCoBio in the last few years, including the opening of the Colorado State University Research Innovation Center in May 2010 and the creation of stronger collaborations with CBSA, the city of Fort Collins, CSU and Medical Center of the Rockies.

Scott said she expects NoCoBio will gain even more traction in 2013 with the assistance of Burns Marketing in Fort Collins, which pledged $60,000 in in-kind services in December to help create a stronger brand for the initiative and a new strategic plan to move it forward.

"With Burns Marketing coming on board, their additional energy is going to be fantastic," she said. "So far they've helped us create a brand and find some stakeholders for our advisory board.

"We haven't had the ability to market ourselves in such an innovative way before. It's been really fun."

Scott said NoCoBio plans to do a major new launch later this month with a new website.

"We're going to build our new strategic plan in response to what (Burns Marketing) come(s) up with," she said.

Scott said NoCoBio will be housed within RMI with her as the key contact person for the initiative.

A primary focus for NoCoBio will be on economic development for those companies -- both startups and established firms -- pursuing bioscience research and product development, Scott said.

"I think definitely growing economic development in the bioscience sector is the focus, and obviously development of technology and early-stage pipeline development," she said.

"And helping increase access to capital," she added. "RMI will focus on that, but we will work together."

Mike Freeman, RMI's CEO, said he's glad to have Scott on board.

"Deanna brings the network, experience and connections that are needed to be successful in implementing NoCoBio's strategy for 2013," he said. "She is already delivering value, connecting biotech entrepreneurs with resources, engaging the private sector in better understanding and utilizing CSU's resources, and most importantly being the face of NoCoBio."

Freeman said the time "is definitely right" for NoCoBio to move forward in a big way.

"There has been significant change in the past two years that is paving the way for NoCoBio's success, including the Research Innovation Center coming on line and filling with new research projects and companies," he said. 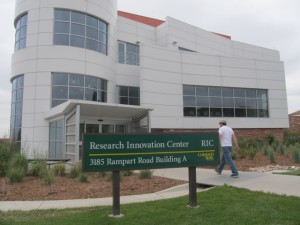 "Combine these assets with our growing capability to support bio companies and you have the right recipe for success," he said.