AURORA - Three years into its creation, the Colorado Institute for Drug, Device and Diagnostic Development (CID4) is doing exactly what it set out to do: Help promising early-stage life science companies accelerate their products into the marketplace. 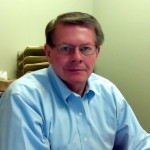 "That clearly was a very good opportunity for us," said Kevin Smith, CID4's president and CEO, of the funding secured for Sophono, one of CID4's five portfolio companies.

"The funding source was introduced to Sophono by our funding network," Smith noted. "That's by far our biggest success."

Jim Kasic, Sophono's president and CEO, is quick to acknowledge CID4's pivotal role in the transaction.

"They were very instrumental," he said. "They really helped us bridge the gap from a more R&D situation to a commercial enterprise with serious funding," he said.

CID4 was founded in 2009 by Richard Duke - then a CU professor and founder of GlobeImmune -- and Denise Brown - then executive director of the Colorado Bioscience Association -- who both saw the need to pull out of incubation "really valuable intellectual property that wasn't being commercialized," Smith said.

"Our objective is to turn the research into commercializable products," he said. "Our tagline is: 'Economic development through innovation advancement.'"

Creating good-paying jobs and stimulating the state's economy through seed money that brings in significant follow-on funding are two of CID4's goals.

Smith said "at least 50 direct jobs" have been created over the last three years, with nearly $12 million in follow-on funding from $1.4 million in CID4 company investments.

CID4, a non-profit charitable organization, operates on an annual budget of between $1.5 and $2 million, with its funding - from the state, Fitzsimons Redevelopment Authority and the Small Business Administration -- coming through the Colorado Office of Economic Development and International Trade.

Smith said CID4's original model was to raise a $25 million endowment and help startup companies till they were ready to reach out for venture capital.

But raising $25 million proved to be too great a challenge, so the model was changed.

"Our new model is to provide smaller dollar amounts and mentoring to our portfolio companies," he said.

Becoming a portfolio company is open to any early stage life sciences company, but it must go through a rigorous and intensive selection process by CID4 and its advisory committee of people with experience in the industry.

"Even if a company is not selected as a portfolio company, we still work with them and give them access to our (investment) network," Smith said. "So we try to open some doors for them that way."

Smith said company investments are made in convertible notes, which are paid back as the company moves forward and obtains additional funding.

"We're not an angel or venture capital investor," he said. "We're working to create jobs, so the interest rate is lower. We agree to allow them to convert our note into whatever securities they get on the next round of financing."

Smith said there are a few basic rules for obtaining CID4 investment: "If it's a device, they must have a functioning prototype. If it's a drug or diagnostic, they need to have pretty robust proof-of-concept data."

CID4 is always looking for funding partners and in July announced a collaboration with Rockies Venture Club - one of the state's largest and most active venture capital organizations.

"Working with the team at CID4 brings tremendous knowledge, expertise and connections that not only help us to connect capital with promising life sciences companies, but also provide assistance with due diligence, mentorship and support that helps ensure their ongoing success."

Smith said the collaboration with RVC is a milestone in CID4's evolution.

"For us, it was a vote of confidence that said we like what you're doing," he said. "In order for Colorado's life science industry to grow, it has to be done in a collaborative way rather than a competition way. They (RVC) get that."

Fort Collins-based KromaTiD - which is working on a chromosomal "paint" to better identify genetic flaws - is the latest company to join CID4's portfolio. 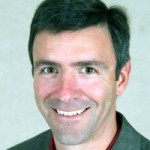 "They really have a technology that will enable personalized medicine," Smith said.

"I believed in the model -- to have some friendly local investment dollars to help companies like ours get on the map," he said.