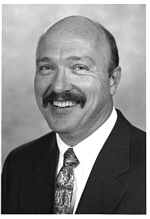 In late August, Tom Bugnitz was named the new CEO of the Colorado Association for Manufacturing and Technology (CAMT). Tom has more than 35 years of experience in strategic planning, operations and financial oversight, most recently serving as senior executive for Coolerado, a manufacturer of cutting-edge, green air-conditioning systems that grew from five to more than 60 employees during his tenure.

Prior to that, he was founder and president of The Beta Group, a corporate consulting company he led for 20 years. He is also the co-author of "From Business Strategy to IT Action," a widely-referenced book on business strategy and capital planning for technology.

Q: What is CAMT's primary mission and who are its primary beneficiaries?

CAMT is a statewide manufacturing assistance center focused on helping Colorado manufacturers grow top-line revenue and be more cost competitive. CAMT provides services to all industries, from aerospace to medical device to food and beverage.  Examples of clients we've worked with include Wolf Robotics, a robotic device manufacturer in Fort Collins; Stored Energy Systems, a manufacturer of industrial battery chargers in Longmont, and Sorin USA, a cardiopulmonary device manufacturer in Arvada.

Q: Who are CAMT's main partners in accomplishing this mission and what roles do they play?

At the federal level, since 1994 CAMT has been the state affiliate of the U.S. Department of Commerce's Manufacturing Extension Partnership (MEP), a national network of 59 affiliates providing support to manufacturers.  CAMT's MEP affiliation provides strategic access to a host of federal programs that offer educational, R&D and contract opportunities for Colorado manufacturers.  Additionally, CAMT has partnered closely with NASA to promote technology transfer efforts between NASA and Colorado companies through the Space Act Agreement.

Examples of state level partnerships include the Colorado Office of Economic Development and International Trade on programs to promote innovation and jobs development, as well as the Colorado Department of Public Health and Environment to promote green practices in the manufacturing community. We also partner with local economic development and workforce agencies across the state to ensure manufacturers can access necessary resources as needed.

Also, as an MEP affiliate, CAMT is participating in several federal "supplier scouting" programs for which we identify potential Colorado suppliers of hard-to-source parts for government agencies.

Q: What is CAMT's relationship with NASA and what is the current status of the ACE Initiative that almost located in Loveland's former Agilent Technologies campus last year? Are there new locations being eyed?

Regarding ACE, CAMT is re-focusing on its core MEP mission. CAMT is not pursuing or participating in any ACE-type initiatives.

Q: What are your primary objectives for CAMT in the coming year?

CAMT has three principle objectives for the year:

1) Focus on providing MEP services and expanding the number and geographic range of companies who benefit from those services: CAMT is re-focusing all of its efforts on delivering MEP services as directed by the Department of Commerce and the National Institute of Standards. The entire MEP network, at the Department of Commerce's urging, will focus on innovation and technology commercialization, and CAMT will support that effort in Colorado.

2) Rebuild, expand and strengthen CAMT partnerships: We will be actively working with manufacturers, other non-profits, state agencies and organizations, and local economic development groups to leverage the value of the MEP in Colorado. Additionally, over the next year the CAMT Board of Directors will be aggressively expanding its membership in both size and scope to include more industry, government, academic and geographic representation. This expanded membership will enable deeper and stronger partnerships, adding expertise to CAMT's management and outreach activities.

3) Develop and deliver services that grow business-to-business transactions between companies in Colorado: Colorado companies routinely use suppliers outside of Colorado, and in many cases outside of the United States, when alternatives exist within the state. CAMT is aggressively working to create both information sources and processes to allow Colorado companies to keep their purchasing decisions within Colorado.