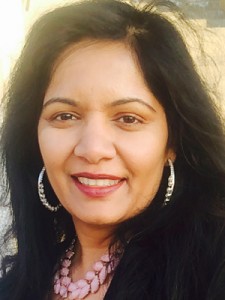 Suma Nallapati is Colorado's Secretary of Technology, a cabinet-level position in the administration of Governor John Hickenlooper that she's held since June 1. She also serves as the state's chief information officer in the Office of Information Technology (OIT).

Suma replaced Kristin Russell in the Secretary of Technology and CIO role. Russell stepped down to take a job with Deloitte Consulting LLP.

Previously, Suma served as Colorado's chief technology officer in the OIT for about three months before Gov. Hickenlooper appointed her to be Secretary of Technology.

In her new job, she oversees IT services for all state agencies and has a leading role with the Colorado Office of Economic Development and International Trade in promoting Colorado as a technology employment center.

With a master's degree in nuclear physics from Andhra University India, Suma previously served as a vice president at Catholic Health Initiatives, where she led service delivery operations for one of the nation's largest health care networks.

Q: You spent 17 years in the private sector before entering the public sector in February of this year. What similarities and differences are you discovering between those two worlds?

A: There are a number of similarities including hard working employees who take great pride in their work, challenges such as competing for IT talent.

The differences I see are the same that you hear from state CIOs who came from the private sector. Budgets are very different and much smaller. In fact, I thought I had misheard when told the budget I had to work with. Another difference is the aging technology. Part of that is due to the lag in the procurement process but part is due to the competing priorities. We can't do it all.  We have to be very smart and creative in our use of increasingly limited resources and prioritizing what is best for our customers and the state. We are leveraging technology and innovation to be more efficient, effective, anticipatory, adaptive and evidence-based in delivering services that allow state agencies to meet their missions and in securing the public trust. Coming from the private sector, I continue to be amazed every day about how real our challenges are in terms of the impact to people in everything we do. We have unique challenges and they are challenges that excite  and energize me.

Q: What was it about serving in the public sector that attracted you to become chief technology officer for the Governor's Office of Information Technology?

A: It was the opportunity to serve the state I love. We have a beautiful state that offers so much to our residents and I wanted to be a part of implementing next generation technology into our systems to make it easier for Coloradans to engage with their government. Growing up, I was inspired by my dad who has been a public sector employee all his life. I always wanted to pursue public service with his example in mind.

Q:  What is the essential difference between the chief technology officer and your present role as Secretary of Technology and CIO?

A:  Whereas I am responsible for leading the overall operation and delivery of information and communications technology and innovations services across nearly all Executive Branch agencies as well as promoting Colorado as the ideal location for IT companies and technology-based services, my CTO, David McCurdy, is responsible for the infrastructure. He has oversight of traditional technology such as network, voice and data services; mainframe, system and server administration, as well as newer technologies such as the Colorado Cloud and everything in between. We employ nearly 900 people at OIT and the majority of our team works in David's section. David is a talented IT professional and I am thrilled that he has chosen to share his talents with the public sector.

Q: You've been described as a people person and a champion of collaboration. Do you see those qualities serving you well in your current position?

A: Absolutely! Until 2008, Information Technology services were provided by the individual agencies. Although consolidation occurred six years ago, there is still a lot of work to be done to become a true enterprise IT service organization. It is vital that we collaborate with our customer agencies to ensure that we are meeting their technology needs.

For us to be the most effective stewards possible, it is important that we engage with non-governmental stakeholders as well, including academia and the private sector. We can learn from one another as we solve problems and implement new solutions.

Q: What is your vision of the role of Secretary of Technology, and do you see your global perspective as helpful to achieving that vision when it comes to advancing Colorado's growing reputation as a technology hub?

A: My vision, as inspired by Governor Hickenlooper, is to help other companies see that Colorado truly is the "Silicon Mountain of the IT Community." Our goal is to attract 1,000 new IT jobs in Colorado this fiscal year. We also recognize that broadband is critical to communities' economic development; one study found that employment rates are approximately 6.5 percent higher in communities with one to three broadband providers than none and that the unemployment rate is 1.2 percent lower in communities with multiple providers. I want to expand Public/Private Sector Partnerships, such as the IT Economic Development Advisory Council (ITEDAC) and Broadband Knights of the Roundtable, which are instrumental in helping us identify strategies.

In answer to the second part of the question, a global perspective can be helpful and in fact is necessary in achieving this vision. Being aware of global efforts and innovation, and also having a multicultural perspective, is important as we move forward in a diverse and thriving IT community.