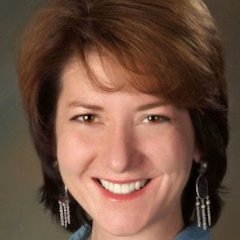 Stephanie Spong is a venture capitalist, gamer and self-described "business-savvy geek" with Moksa Ventures, a micro-venture fund dedicated to building out the game layer, and investing in early-stage game companies and game-related technologies, mechanics and platforms both as entertainment and as real-world solutions to real-world problems.

Q: You're interested in gaming and gamification. How do you think it's going to impact the world of digital health that's gaining so much momentum?

A: Patient behavior matters in healthcare outcomes and digital health technologies can influence patient behavior. Take the obesity epidemic, for example. Thirty-five percent of American adults are obese and more than 60 percent are overweight. Estimates vary, but somewhere in the neighborhood of 10 to 20 percent of all healthcare spending can be directly attributable to health conditions caused or worsened by obesity and overweight. Cawley and Meyerhofer's 2005 study pegged 21 percent of healthcare spending -- $190 billion - on obesity. Whatever the precise number, it is huge.

Common sense tells us that there is a significant behavioral component in combatting excess weight.  Individuals have to eat less and exercise more. Period. The question is how? Many of the digital health technologies provide tools for tracking behavior and giving patients feedback to influence behavior.

How does this relate to games? A game is nothing but a set of rules, with feedback,  a clear victory condition and voluntary participation. Applied to digital health and, say, weight loss, the rules -- imposed by our biology in this case -- are "exercise more and eat less to lose weight." The victory condition is a net weight loss. The digital technologies come in on the feedback side. The sensors and the feedback systems, properly designed, can have significant and measurable impact on behavior and outcomes, by making patients aware of their behavior and nudging them to change it in healthier directions. A huge portion of the more than 40,000 mobile health apps now offered on the various app stores involve some kind of feedback system to help nudge behavior, whether to increase exercise, reduce smoking or other health and wellness interventions. I also see this digital health app explosion as a symptom of a growing desire for patient-consumers to take charge of their own health and wellness.

I recently served as a preliminary judge for Colorado's Digital Health Challenge.  Several competing companies were developing apps and enterprise software to influence another kind of behavior--that of healthcare providers and patient family members. By providing real-time modern communication channels (text, email, phone) and comprehensive patient status and feedback on changing conditions to all members of the patient care team, including designated family members, these apps provide "smart care" or optimal support for healing after a medical intervention.

Q: What are the most interesting trends you're seeing in venture capital right now?

A:  With my "game layer" lens on the world, obviously I'm very interested in the whole wearables/sensor sector that provides various kinds of smart feedback to consumers and patients. I also pay a lot of attention to the uses of big data where there is a behavioral lever to be pulled, whether in "smart care" applications in a healthcare setting, or smart interventions in education and employee training.

The Internet of Things is a big fuzzy concept tough to grapple with in one sentence, but I would say I'm interested in the various disruptive innovations that become possible when objects get "smart" in ways that meet real business or consumer needs. I'm cheering for  the 3D printer revolutionaries and hope they get on with finding viable business models for their initiatives, although I am not holding my breath. Educational technology is a sector that goes through its ups and downs, but I'm intrigued by the success of tech investments in the consumer education markets that use technologies that will someday translate into the tougher-to-enter institutional education market. From the game world, technologies to enable new virtual reality applications in the real, non-game world are maturing to the really, really cool stage.

Q: How does Colorado stack up to the nation in its access to capital and capital formation?

A: If you look at the big picture, venture capital puts about $20 billion a year into around 3,700 companies.  California by itself does about $14 billion into 1,500 deals, with Massachusetts at $3B, New York at $2B and Washington and Texas coming in at about $1B each.  Colorado is sixth on the National Venture Capital Association ranking tables at $560M a year into over 100 deals.

We have a vibrant early-stage startup community, with players and events like the nationally recognized Techstars, and next week's Colorado Capital Conference, which is focusing on Digital Healthcare, and several active angel groups including the revitalized Rockies Venture Club. We have multiple nationally recognized universities churning out research. We are also rich in something the Kauffman Institute calls EPD (entrepreneurial population density), a per capita measure of entrepreneurial activity, with four Colorado cities in the top 10 metro areas for high-tech startups (Boulder, Fort Collins-Loveland, Denver, Colorado Springs).

Overall, I see a very positive picture here, with access to early-stage capital, a critical mass of entrepreneurial talent and a vibrant economy overall.  So we don't top the league tables versus Silicon Valley--I still see plenty of exciting startup activity going on here in Colorado.

Q: How is the current exit environment impacting VC investment?

A: With three quarters on the scoreboard for 2014, 88 venture-backed IPOs have already beaten the 81 venture-backed IPOs completed in in all of 2013. On the M&A side, 341 deals to date is on track to pace the 390 deals completed in all of 2013. Overall, it's been a great year for venture exits, due in large part to the strengthening economy overall.

In fact, the exit front is so good that concerns about bubbles and frothiness are being raised. For the moment, the good times are here for entrepreneurs, as there is a generally favorable environment for raising capital. If you are an entrepreneur, raise now and raise big, for these good times cannot last. Worth noting as well is the larger venture capital firms are continuing their trend of moving to later-stage investments and putting higher dollars into fewer but less risky deals, leaving the seed and early-stage capital stage to angels, incubators and micro-venture capitalists.

Q: Are you seeing more women investors, and what makes them different?

A: I'm seeing a few more women out there as angel investors or investors on behalf of their family offices, which is great. I'm also seeing women successfully raising social venture funds, like my former colleague Carolynn Duncan, with her $20M Northwest Social Venture Fund out of Portland, which she closed earlier this year. On the for-profit venture side, one great example is Kirsten Green, who closed in 2012 a $40M-plus institutionally backed fund, Forerunner Ventures, after successfully raising and investing a $10M pilot fund.

The numbers of women raising funds is still so small that I hesitate to generalize. Like successful male investors, the women I'm aware of are deeply passionate and knowledgeable about their chosen focus areas--social investing in Ms. Duncan's case, and digital retail and commerce in Ms. Green's case--and do a great job of melding strong analytics with vision and insight. They also have the guts to make the hard decisions that come with the territory in early-stage investing.