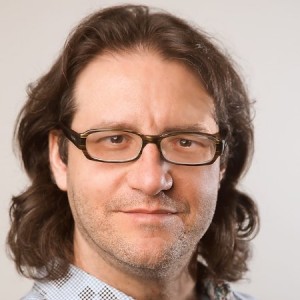 Brad Feld has been an early-stage investor and entrepreneur since 1987. Prior to co-founding Foundry Group, a Boulder-based venture capital group where he is managing director, he co-founded Mobius Venture Capital and Intensity Ventures.

He is also a co-founder of Boulder-based Techstars, one of the premiere startup accelerators in the U.S. with additional locations in Seattle, Boston, New York City, Chicago, Austin and London.

In addition to his investing efforts, he has been active with several nonprofit organizations and currently is chair of the National Center for Women and Information Technology, co-chair of Startup Colorado and on the board of UP Global.

He holds Bachelor of Science and Master of Science degrees in Management Science from the Massachusetts Institute of Technology.

Brad speaks and writes extensively on the topics of venture capital investing and entrepreneurship.

Q: When you helped create Startup Colorado, its mission was to "export the magic of the Boulder tech community to Fort Collins, Denver and Colorado Springs." A lot has happened since then. Startup communities are a reflection of their towns and not all are "tech" or "IT." How do these diverse communities connect?

In the past few years, there have been many things that have resulted in cross-connections between these markets, most notably the recent Blackstone Entrepreneurs Network of Colorado's entrance on the scene.

The underlying things that drive the Boulder Startup Community -- especially those around tech -- apply broadly to other geographies. If you look at the construct in my Startup Communities book, you'll see it echoed through the world.

Today, there is much of the Boulder magic happening in the other cities in the Front Range. Entrepreneurs are leading, they are taking a long-term view, they are inclusive of anyone who wants to engage, and there is a continuous stream of activities and events that engage the entire entrepreneurial stack.

Q: You've had quite a bit to say about Net Neutrality. The FCC's recent criticism of Verizon's plan to slow download speeds for its most active users has reignited the issue. Should the FCC toughen its stand on Net Neutrality and what are the implications?

A: This is a highly politicized issue that is very far from resolved. I'm glad the FCC is being clear about what is OK and not OK, from their perspective. However, we have a long way to go before this is resolved in a way that maintains a free and open Internet, which is a deeply held belief of mine.

Q: To what other regulatory issues should the tech community be paying attention?

A: Virtually every incumbent will try to use the existing regulatory environment against new, fast growing companies. Uber / Lyft / Sidecar have been a leading-edge example of this kind of an incumbent / innovator struggle. You are going to see this continuously over the next decade and existing incumbents, and the laws that protect their market position without encouraging innovation on their part, get routed around by new innovative approaches to historically stagnant market approaches.

Q: Can you give us an update on the Startup Colorado Community Fund, and are you aware of Rocky Mountain Innosphere's Early-Stage Debt Pool fund established with partnership from local banks and the Colorado Enterprise Fund?

A: The Startup Colorado Community Fund had a positive impact on about 10 organizations in the past year. Rather than raise another fund using the same approach, we are spinning it out into a separate organization. We'll see where it goes from here, but we are happy with the impact it had during the first year, which we viewed as an experiment.

Q: What's the latest with the Foundry Group Angels, and what's your overall perception of VC and angel funding in Colorado in 2014?

A: We've done about 25 investments through FG Angels and are on track to do 50 by the end of 2014, which was our initial plan.

I think the angel funding environment in Colorado, especially in Boulder and Denver, is outstanding. I regularly hear that there isn't enough VC funding in Colorado, but I find that to be a nonsensical statement. There isn't enough anywhere in the country (or world) to support the demand.

I've always believed that the focus of a region should be on developing and nurturing seed / angel funding, not worrying about late-stage funding as it is return seeking, not geographically constrained. That leaves post-seed / pre-growth funding, which is difficult to raise everywhere.