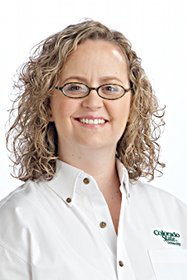 Prieto, an associate professor in CSU's College of Natural Sciences, is one of 96 scientists nationwide who will receive the award and the only one from CSU in 2012. She was nominated by the National Science Foundation.

"Dr. Prieto and her team embody the spirit of enterprise and complex problem-solving at Colorado State University, with research focused on devising solutions on a global scale," said Tony Frank, CSU president.

"It's particularly notable that her students have been a key piece to her discoveries, learning from one of today's leading scholars while also gaining remarkable experience in research and creating spinoffs in renewable technologies."

The development of this technology could revolutionize the transportation, communication and energy storage industries. Prieto co-founded the company with Cenergy, which is the commercialization arm of the university's Clean Energy Supercluster.

The company aims to produce lithium ion batteries based on tiny, or nanostructured, materials on a mass scale.

Prieto, who joined CSU in 2005, has won numerous awards for her discoveries and in 2011 the Colorado Cleantech Industry Association named her and three other CSU researchers "Research Rockstars."

She also was named the 2011 American Chemical Society ExxonMobil Solid State Chemistry Faculty Fellow, an honor given to only one scientist each year from a national field.

Navigant: Global market for blockchain apps in remote microgrids to see 68% growth through 2028