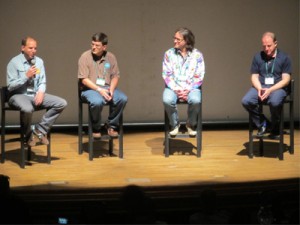 BOULDER - Ten startup companies "from Oakland to Paris" made their pitch for investor funding Thursday during Techstars Boulder's Demo Day, but one lucky company was touched by gold just before the event at the Boulder Theater.

GoodApril, a company that helps its customers "make tax planning effortless," according to its CEO, Benny Joseph, was purchased by Intuit earlier this week, Luke Beatty, Techstars' manager, announced during the event.

All 10 companies represented the latest class of 2013 at Techstars Boulder, which was founded in 2006 and now has similar mentor-driven startup accelerators in Chicago, New York, Boston, Seattle, Austin and London.

Techstars' four founders - David Cohen, David Brown, Brad Feld and Jared Polis - shared the stage during the event and reminisced about the creation of the accelerator and how far it has come in seven years.

"We're trying to do this around the world," said Polis, now a U.S. Congressman from Colorado. "What started as a Boulder incubation project has turned into a worldwide movement of mentor-accelerated innovation." 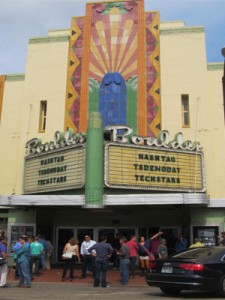 Following their presentations, the companies and investors adjourned to a private meeting to discuss funding possibilities.

Techstars is considered one of the top startup accelerators in the world, and less than 1 percent of the companies that apply for the program are accepted.

According to its website, of the 223 companies that have come through the program, 181 are still active and 20 have been acquired. The average funding for each Techstars graduate company is $1.49 million.