LOVELAND - Scion UAS LLC today announced it has been awarded a contract of up to $3 million from the U.S. Naval Research Laboratory to build multiple unmanned, ship-launched helicopter systems.

Scion was selected as the supplier for the project after a competitive evaluation of several companies, Scion said.

The contract is for multiple vehicles that can launch from and return to a moving ship.

The system - called the SA-400 Jackal - is a turbine-powered vehicle that can carry up to 100 pounds for more than five hours, according to the company.

"This is an incredible opportunity for a young company like Scion UAS," said company spokesman Phillip Jones. "Even though our company was relatively new, our team has a lot of experience with unmanned systems. We're happy the NRL gave us this opportunity and we look forward to our first major delivery.

"This is a big win for us and really propels the company forward faster than would have been possible otherwise."

Founded in 2011, Scion UAS builds unmanned helicopter systems in a variety of sizes used in civilian and military applications ranging from mining to agriculture to aerial surveys. 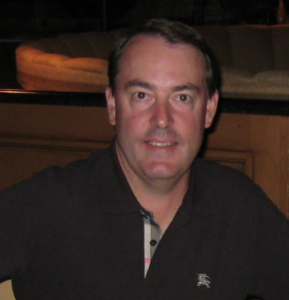 "It's a nice little feather in our cap for our Loveland program - kind of our first real concrete thing for us to bring in," said Lung, who was hired by the city to lead the program.

Lung said the Navy contract is "exciting stuff" for the city and especially for Scion.

"These kinds of deals don't come along that often, and for a business it's a really significant event in their business going forward," he said.

Lung, who helped Scion complete the paperwork needed to land the contract, described the helicopter as "like a Volkswagen Beetle with a tail."

The Navy contract calls for a demonstration of a test vehicle in the spring of fiscal year 2014, with delivery to occur within six months.

Jones said Lung and the tech transfer program were "very useful" in obtaining the contract.

"We were introduced to the tech transfer program in the final stages of writing our proposal to the NRL," he said. "The feedback from Dave Lung was very useful for polishing the final version before it was submitted.

"The tech transfer program has been especially great for making introductions between local companies. We're talking with Numerica, DBMT and Road Narrows, to name a few, about future collaborations."