Some say it's already here but obstacles remain

LOVELAND -- There isn't an official "robotics cluster" in Northern Colorado or anywhere in the state as yet, but those in the industry say it's effectively already here. 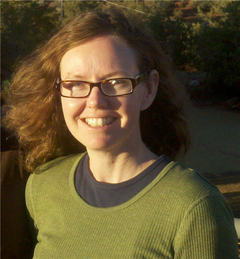 "In my opinion, we already have a robotics cluster in Northern Colorado from Denver north with top-notch universities and companies," said Kim Wheeler, co-owner of RoadNarrows Robotics in Loveland, which is celebrating its 10th year of operation this year. "But we do need to raise awareness to the world and that will drive more companies to the area."

"In terms of a robotics cluster in Northern Colorado, I think it already exists," adds Steven Gentner at RoboRealm in Denver. "There are too many companies in the area to be here just by chance. "There is definitely something about Colorado that appeals to the smart people starting robotic companies."

Dave Lung, owner of DA2 Consulting in Longmont who was hired by the city of Loveland to help with its Tech Transfer Accelerator Initiative, said he's become aware of many robotics-related companies in Northern Colorado over the last few months as he's become more familiar with the region's technology landscape.

"As I meet with these companies, some patterns start to emerge and there's definitely a pattern of some robotic capabilities emerging here," Lung said.

"There's at least a handful we've already met with that meet that definition and others I'm aware of in Fort Collins, Longmont and Boulder and probably others."

Lung said he believes the region is poised to create a robotics cluster. "If you combine the companies and the universities, I see a critical mass that would allow us to develop a synergy and help us accelerate growth by doing these things together," he said.

An industry cluster is loosely defined as a network of businesses and researchers working together to drive innovation and create new jobs and products. In Northern Colorado, Colorado State University is the home of three "superclusters" focused on speeding research in cancer, infectious diseases and clean energy to the marketplace.

And the Rocky Mountain Innosphere in Fort Collins is home to the Colorado Clean Energy Cluster, Colorado Water Innovation Cluster and the Northern Colorado Bioscience Cluster.

Lung said the time may be nearing when a Northern Colorado robotics cluster could be promoted at the state level to gain national recognition and lead to federal funding for robotics research flowing into the region.

"I'd like to see a robotics cluster be developed to the level that these other clusters have been," he said.

Lung notes the presence of RoadNarrows Robotics in Loveland and Wolf Robotics in Fort Collins as the kinds of companies that are successfully doing robotics manufacturing in Northern Colorado. Boulder has an established reputation for its robotics companies, and the region has several robotics groups, including the Colorado Robotics Association founded in November of last year.

Gentner, one of CRA's founders, said the association was founded to do several things, including: 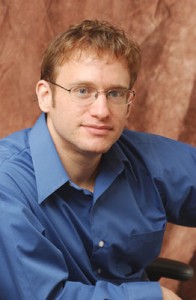 Gentner said the hurdles that prevent the creation of a Colorado robotics cluster include time and manpower to facilitate such an organization and having robotics companies understand the value of a cluster to its bottom line.

Another hurdle is cooperation, Gentner noted. "A lot of information in this industry is very sensitive," he said. "Creating a space where companies can benefit from each other's experiences without giving away the company secrets is required. Getting companies to understand that there is value in cooperation in improving the awareness and industry in Colorado is needed."

"We see the role of a Colorado robotics cluster as a way to bring together the huge array of talents and skills needed to bridge the gap between what we have in today's robots and what we need from tomorrow's," Gunderson said. "To make this happen we need to have a forum to bring the researchers from our world-class schools together with our strong base of entrepreneurs and marry that to our culture of social involvement.

"The robotics cluster (would) become a focus that allows us as a group to work with the businesses and the governmental bodies to create an environment that fosters the world-changing robotics work that we are capable of doing."

[...]   Their intention is “to cover innovation topics, share important/timely innovation news, provide research and business tools, and create a forum for the community and those interest in innovation.” We here at Wound Zoom think this is going to be a great resource for the Front Range and appreciate all the folks at InnovatioNews. Be sure to check out their article about Robotics which features one of our partners, RoadNarrows Robotics. Articles are linked below:   Wound Zoom hits market expected to more than double in next decade.   Robotics cluster a possibility for Northern Colorado? [...]