FORT COLLINS - Doug Johnson has a saying for what he does as vice president of capital access at the startup incubator Rocky Mountain Innosphere: "No bucks, no Buck Rogers," referring to the comic book hero of yesteryear.

The fictional Buck Rogers lived in the 25th century amid amazing technological innovations. Johnson and RMI are seeking to devise a capital access strategy that will enable today's innovators to move their ideas forward and help create an amazing future.

"Our client - at the end of the day - is the company," said Johnson of RMI's 33 client companies. "We are not replacing their fundraising efforts, but trying to streamline their path to capital."

Johnson and Mike Freeman, RMI's CEO, have been focused this year on building on RMI's 14-year reputation as a successful technology incubator and taking it to its next level: As a place where talented startup entrepreneurs can get not only mentorship and a supportive environment but also financial assistance.

Having established a strong reputation has made those efforts a little easier, Johnson said.

"We just had a meeting with a prospective client company who said alignment with the Innosphere would give great comfort to their investors," he said. "That was an eye-opener."

Johnson and Freeman said they have been looking for financial assistance for RMI's clients through a variety of approaches but basically following a three-legged stool model.

The first leg is "educating the entrepreneurs about what their path to capital is," Johnson said. "Let's do it in a more strategic way."

The second leg is creating awareness of RMI and the companies housed there among foundations, venture capitalists, high-worth families and angel investors.

"We're still not on a lot of people's radar, but when they find out, they love it and want to be part of this job-creation engine," Johnson said.

The third leg is developing internal capital pools to help companies fill the gap between money from friends and family and traditional forms of funding.

One pool is the Fund for Innovation in partnership with the Community Foundation announced earlier this year. Freeman said a goal of $1 million to be raised through the fund by the end of the year may have been too optimistic. 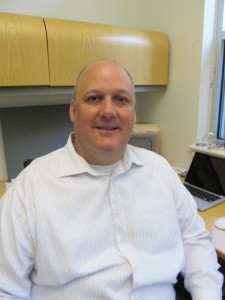 Freeman said the investments - through convertible notes -- should help fund four or five companies in 2013.

"Some will fail, but we're fully expecting to be paid back," he said.

Breaking though the wall

Freeman said the pool is intended to help move entrepreneurs with good ideas forward who might otherwise hit a financing wall.

"This money is being invested at a stage that a typical investor wouldn't be comfortable," he said.

Johnson said helping entrepreneurs bridge that gap "is the whole point" of the program.

"We're practicing what we preach," he said. "We can help these companies hit these critical milestones, and be paid back so the fund becomes evergreen and can be a source for other startups."

Johnson said the approach is unique for incubators. "We've not seen it practiced anywhere else. People say if you get this going, this could work."

But it won't be available to just any company, they note.

"It's not just Mike and Doug doing this," said Freeman. "We have an investment committee that will help make the selections."

Members of the committee include David Dwyer, a long-time local investor, and DuWayne Peterson, a former CIO for Merrill Lynch who co-founded Pasadena Angels investment group in California.

Freeman and Johnson said they are also working with the Local Development Commission, a group dedicated to improving the downtown, to obtain grant money.

"We are very attractive for CRA funds, so we need more banks to get involved," Freeman said.

Johnson said it's been gratifying to meet local people willing to step forward and invest in RMI's work.

"We've met some amazing, wonderful people," he said. "These are people who had success in their lives and are now looking for significance."

Johnson and Freeman say they are optimistic that RMI can achieve its capital access strategy goals.

"We see this as a community of abundance," says Johnson. "There's room for those who want to support job-creating opportunities in our community."

"It's what sets us apart (as an incubator)," adds Freeman. "We're definitely out there on a limb on this, but it's good because we're totally committed to it.

"If we can't get our companies moving forward, we're not getting the job done."