BOULDER - Ever wonder what that funny-looking, stamp-sized square with the squiggly lines is?

It's called a QR code, and it's showing up in all kinds of newspaper and magazine advertising, on packaging and on signs and billboards. 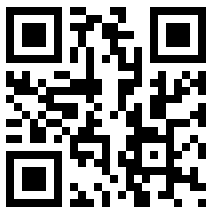 You need a camera-enabled smartphone with a "reader" application to know what it says, and it's the latest way to connect sellers and buyers in a world overflowing with messages calling out for our attention.

NeoMedia Technologies in Boulder (OTC BB: NEOM) has been a pioneer in the mobile barcode industry, and QR codes - first invented for the Japanese auto industry in the mid-1990s - are beginning to be ubiquitous in the U.S.

"The nice thing about it is it allows you to encode more data by being two-dimensional (read across and up-and-down)," she said. "And you can be constantly changing the content."

That's because the QR code links you to a website where the content can be ever-changing instead of a static ad.

NeoMedia offers its own NeoReader application comes pre-installed on SONY mobile devices and has been installed on about 30 million devices worldwide.

Marriott said the advent of the smartphone "has definitely catapulted" the mobile bar code industry forward.

But it's only been in the last couple years that QR codes have been frequently popping up in America.

"In the U.S., QR codes have only been in the mass market since 2010 or 2011, although they've been experimented with before that," Marriott said.

Marriott acknowledges that the general public is still a little fuzzy on what mobile bar codes are all about.

"I definitely think we've come a long way in the last 12 months," she said. Probably as a viable market it's still very young," she said. "But in terms of market spending on a global basis, it's reached a multi-billion level."

Marriott said advertisers who use QR codes need to do a better job translating their use to the unsophisticated shopper.

"You really have to make sure the experience with the consumer is well-thought-out from beginning to end," she said. "All QR codes are not created equal, but they offer the ultimate flexibility for a high-quality consumer experience."

The codes potentially offer significant advantages to both sides of a shopping transaction, she notes.

"The overall advantage (for a company) is to be mobile in general so they can engage in a real-time dialogue with the consumer," Marriott said.

And the consumer gets a nice benefit, too, she said.

"The nice thing about QR codes is there's no number to remember," she said. "You just whip out your phone and it takes you to the website.

"If I'm a consumer, it gives me another way to access a coupon or a discount or other exclusive content."

In a Fast Company article from July 10, 2012, writer Kaihan Krippendorf noted that companies are taking longer than necessary to figure out how to use QR codes.

But Krippendorf said QR adoption is definitely under way.

"QR codes have the potential to dramatically transform how your customers experience and interact with your products," she wrote. "But history shows us reaching that potential will take time.

"It will require a process of incremental shifts across three inter-dependent agents: technology, companies and customers. That is the process that made our adoption of the DVR, CD and fax machine."

In an article for 1to1media.com, Marriott said studies have already shown that QR codes are increasing sales and giving advertisers valuable information on the consumers who scan the code to sign up for special deals and prizes.

"Embracing mobile now can help gain a competitive advantage over the long-term."