FORT COLLINS - The Northern Colorado Economic Development Corporation (NCEDC) assisted in the attraction of eight new companies to Larimer County through October of this year, creating 411 new primary jobs with an average salary of $50,787.

That was just one of the accomplishments noted during NCEDC's Annual Meeting Lunch held Wednesday at the Hilton and attended by about 450 people. 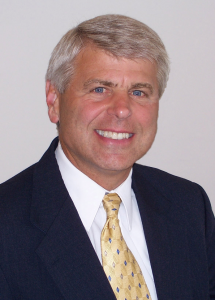 Walt Elish, NCEDC president and CEO, said other accomplishments during the first 10 months of 2012 included:

Elish said NCEDC always takes a regional approach to attracting new primary employers and doesn't favor one community over another.

"We focus on Larimer County, not any particular community," he said. "Initially, we show them all the sites and all the properties in Larimer County."

Speakers at the lunch included Tom Clark, CEO of Metro Denver Economic Development Corp., who noted that Colorado's future is looking bright with retail sales up 7.3 percent, housing sales up 6.2 percent and single-family home building permits up more than 50 percent over last year.

Clark also noted that Colorado is now the No. 1 location for 25-to-34-year-olds to migrate to, supplanting Atlanta as a destination for young workers and entrepreneurs.

"Everybody in the country is moving to Colorado," Clark said.

However, Clark did note that Colorado has a weakness that needs to be addressed soon - inadequate funding of higher public education. The state currently ranks third-lowest nationally in higher education funding, he said.

But other speakers also affirmed Colorado's ability to attract and retain investment.

Bill Murphree, vice president of development for Kentucky-based Cumberland and Western Resources, said the state's "high touch" of relationship-building was a key reason why his company purchased the former Agilent campus in Loveland in December 2011.

Murphree said it was the extra-mile response his company received from Loveland Economic Development Director Betsey Hale and others that helped seal the deal.

"It was a very engaging, supportive response and you don't always get that," he said. "It was an incredibly welcoming and supportive environment."

The 800,000-plus-square-foot campus was renovated this year and Murphree said there is strong interest in the site - now called the Rocky Mountain Center of Innovation and Technology -- by several companies.

"We've had a significant amount of interest in the property," he said. "I wish we could speed it up, but it is what it is. But we're incredibly optimistic."

Rocky Scott, Woodward director of corporate affairs, said the aerospace and energy controls company -- which moved its corporate headquarters from Illinois to Colorado - is in the process of deciding if it will keep the headquarters in Fort Collins.

No final decision has yet been made, but Scott said Woodward has narrowed its search to four possible locations, with a new Fort Collins site at Lemay and Mulberry in strong contention.

Scott said "talent is the single most important" factor Woodward looks for when deciding on a new company location. He also cited infrastructure, education and quality of life - and incentives.

"Incentives matter," he said. "They do make a difference."

In other business at the lunch meeting, Steve Stiesmeyer,  Hewlett-Packard Colorado/Central U.S. operations manager, was given the 2012 Regional Economic Development Excellence Award for his efforts to advance the area's economy.

"Steve has worked behind the scenes to make Northern Colorado a better place to work, live and do business," Elish said.

Donna Smith, an executive with The Neenan Company, was named 2013 chair of NCEDC's board of directors, succeeding Kevin Cory, Vestas Blades America, in that role.