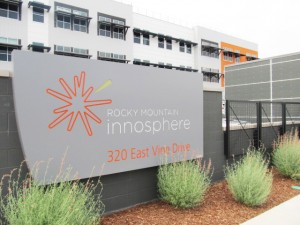 FORT COLLINS - The path to commercial success for a startup business is usually not a smooth one, and the entire effort can be derailed by a lack of sufficient seed capital.

The statistics are daunting:


For Don Boxley, founder of software startup DH2i housed in the Fort Collins-based Innosphere incubator, obtaining access to funding for his early-stage business was a lifesaver.

"For us, it came at a critical point," Boxley said. "We were running low on funds, even though we had deals in progress."

Through the Innosphere Early-Stage Debt Pool fund - a collaboration between Innosphere, Colorado Enterprise Fund and two local banks - Boxley was able to borrow $36,000 and keep his business dream alive.

"It really served as a nice bridge," he said. "It kept our momentum going."

Startup businesses like DH2i with potentially great ideas often fail because they lack the funds to get those ideas into the marketplace.

They face what's known as the "Valley of Death," a funding chasm they can't cross because they've maxed out their credit cards, exhausted loans from family and friends and simply can't afford to take their great idea any farther.

And with an unproven product or service and little or no sales revenue, lending institutions can't or won't make loans for such risky ventures.

Doug Johnson, VP of capital access at Innosphere, said the challenge of helping startups with good ideas obtain the funding they need to commercialize their products was initially extremely difficult to overcome.

But then a light came on.

"We wanted to help these enterprises bridge the Valley of Death, and we'd been turning over every stone," he recalled. "Then we found that banks, through the Community Reinvestment Act, could help."

"All banks have a responsibility, under the Community Reinvestment Act, to help with job creation, affordable housing and helping small business," said Mark Driscoll, president of First National Bank in Fort Collins.

"That's part of our charter as a national bank."

But making the money available to startup entrepreneurs with little collateral or ongoing revenue wasn't going to be easy. That's where the Colorado Enterprise Fund (CEF) was able to step in and help.

Lewis Hagler, CEF director of lending, said the nonprofit institution has been lending to small businesses since 1990 and was able to make some adjustments in its lending practices to create the debt pool.

Johnson said the Innosphere performs a "vetting" role in making sure its clients are good loan risks.

"We're part of that due diligence," he said. "They've hit a critical milestone of first revenue or first purchase order and they have a motivated entrepreneur with a good team of advisors.

"Our agreement is to provide qualified referrals - that's our role."

"The critical thing it does is it helps a company establish a credit history for their banking needs and move them into more traditional lending programs," he said.

"It gave us breathing room and allowed us to continue to grow our business," says James Schrack, co-founder and CEO of Stuff'n Mallows, a specialty foods startup at the Innosphere.

Schrack was able to obtain a badly needed $50,000 line of credit through the program.

"It's been a great option for us because we were not looking for a huge amount of capital -- just enough to help us fuel some growth," he said.

Johnson said the "sweet spot" for loans under the program has been in the $50,000 range, but larger loans are available. Gordon Coombes, CEO of Canvasback Enterprises, said he was able to borrow "less than $75,000" to pay for inventory, sales and marketing expenses and provide operating capital.

"It has truly been a lifesaver for us," he said. "We have been able to navigate through a significant pivot in our product offering as a result of the CEF funds we received.

"Without the funding, we would have been in danger of going out of business just short of having a viable commercial product that we have launched and are now having success selling in multiple industries."

Home State Bank in Loveland was the first local bank to step up and invest $250,000 with CEF to help create the Early-Stage Debt Pool.

"We sat down (with Innosphere) and were totally excited about the concept and wanted to help," said Mark Bower, Home State's chief financial officer. "Small business and helping business get started is something we're passionate about.

"The cool part is they're doing something a bank can't do."

First National Bank in Fort Collins also saw the payback of helping young entrepreneurs start a business and invested $300,000 in the debt pool.

"It's really a great benefit to our community," said First National's Driscoll. "And we're looking forward to having some of (the startups) as customers."

So far, a total of nine loans have been made to Innosphere clients through the debt pool program.

Massie said CEF is taking a cautious approach to make sure the debt pool program is a success.

Hagler said the program must still prove itself over time, and there will be some startups that will not make it even with the debt pool funding injection.

"There's going to be losses out of this," he said. "This is innovative and higher risk, but the upside is these are all really good companies with the ability to grow and add good jobs to the local economy."

Innosphere's Johnson believes the debt pool has already proven its worth and its potential impact on the local community.

"It's a model we've been able to show has value, is needed and is replicable," he said. ""We're really excited about what this has meant for some of our companies. Supporting startups is good business for everybody."