FORT COLLINS - The City of Fort Collins and Colorado State University are looking at the possibility of working together to bring ultra-high-speed Internet capability to local businesses, residents and the off-campus CSU community.

"Gig. U" was launched a year ago by Blair Levin, now a fellow at the Aspen Institute, as a consortium of university communities that are aiming to achieve broadband speeds 100 times faster or more than current speeds.

Gig. U - otherwise known as the University Community Next Generation Innovation Project -- is pushing for broadband speeds of 1 gigabyte per second by tapping into existing local and new fiber optic networks.

The consortium, which includes CSU and the University of Colorado-Boulder, now has about 40 members.

Levin, a former FCC executive, helped write the agency's 2010 National Broadband Plan, which laid out a vision of how universal broadband access could help revitalize a stalled U.S. economy.

The plan calls for new high-speed networks to serve 100 million U.S. homes by 2020 at an estimated cost of $350 billion.

Some pilot projects are already underway, including Kansas City, Mo., which was selected by Google to be a "gigabit testbed" from more than 1,100 applications from U.S. cities.

The super-fast Kansas City network is expected to be available to local residents and businesses by the end of 2013. 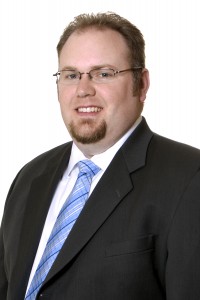 Fort Collins was one of the cities that didn't get selected, but Josh Birks, the city's economic health director, said the city is still interested in moving forward with a plan to use its fiber optic network as a starting point in creating a local ultra-high-speed network he calls "Internet 2.0."

"Towns with Internet 2.0 have an extra edge in terms of innovation," Birks said. "Blair (Levin's) point is you get an innovative edge if you have that extra capacity."

With ultra-high-speed Internet service, more innovative companies would be attracted to the city, Birks notes.

And others would certainly benefit from a beefed-up broadband service, he said.

"For example, a doctor could interpret an MRI from home without going in to the hospital," Birks said.

Pat Burns, CSU dean of libraries and vice president of IT, said the university strongly supports the Gig. U concept. Burns said while CSU researchers can access ultra-high-speed on campus, they lose that edge when they go home.

"The speeds on campus are mind-boggling, but the fact of the matter is when (researchers) go home they're so limited in getting their cutting-edge research done," he said.

"We need a factor of 10 times higher than we're now getting from the private sector."

But the private sector is reluctant to invest in new ultra-high-speed fiber optic networks, which is why some communities are moving ahead to do it themselves to get that innovation competitive edge.

The first step in Colorado is getting citizens to vote to exempt their city from Senate Bill 152, passed by the state Legislature in 2005. The law prohibits Colorado municipalities from providing high-speed Internet service to their citizens and managing it like a public utility.

The City of Longmont was able to persuade its citizens to vote to exempt themselves from SB152, first trying unsuccessfully in 2009 and then succeeding last fall by a 21 percent margin.

Vince Jordan, Longmont's telecommunications manager, said the city vote did not focus on Gig. U but "was much broader than that."

"The big difference between 2009 and 2011 was the whole Google fiber nationwide campaign," he said. "We used that to inform the voters about the fiber network we already have."

Jordan said his advice to other Colorado cities is to "spend plenty of time educating people about it" because "they're going to be faced with some pretty well-funded campaigns not to do it."

Jordan noted that Comcast spent about $600,000 over the two campaigns to defeat the ballot measure.

"I think in our case we were saying the city wanted the ability to provide broadband services to our citizens and businesses, and no broadband carrier wants that competition," he said.

Jordan said having ultra-high-speed Internet service was important to Longmont because "it has a big impact on economic development."

The Gigabit Neighborhood Gateway Program aims to select up to six Gig. U member-sponsored projects and provide them with funds that can be leveraged locally to help accelerate the deployment of gigabit-speed networks.

The City of Fort Collins is in the beginning stages of a feasibility-and-needs assessment study and has so far not brought the matter directly to the city council.

"We are hoping to determine what requirements and issues need to be addressed with SB152 through our needs assessment," said SeonAh Kendall with the city's economic development office.

Meantime, the city and CSU remain committed to further exploring the issues and obstacles that would have to be better understood and overcome before ultra-high-speed broadband service could become a possibility in Fort Collins.

"The fact is we need high-speed Internet service, and the sooner the better," said CSU's Burns.

Any recent updates on this story? Is this being considered yet by the City Council?

I've heard nothing since we posted our story. It may be time to check back and see if anything's happening behind the scenes.