BOULDER -- If Cindy Schmidt had her way, federal research laboratories would get the same doting attention as the Department of Defense, or at least enter the national conversation occasionally like health care or the oil industry. 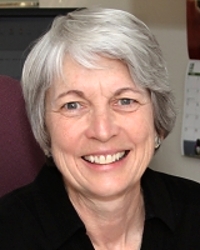 But the labs weren't mentioned once in last week's presidential debate - not as economic engines, not as links between the government and private businesses - even as many federally-funded programs approach a "financial cliff" that could change how they operate.

In Colorado, where federal labs brought nearly $5 billion in revenue to the state between 2007 and 2010, this kind of oversight spurred researchers to take matters into their own hands.

The result is CO-LABS, a Boulder-based nonprofit connecting the state's 24 federal labs to leaders from major universities, the private sector and local governments. Organizers felt a unified voice was needed: Colorado has one of the highest per capita concentrations of federally-funded labs in the nation, from the National Wildlife Research Center in Fort Collins to five branches of the National Oceanic and Atmospheric Administration spread across the state.

"The impact of the (federal) financial issues is widespread. It has everybody very anxious," says Schmidt, director of Development and Government Affairs at Boulder's nonprofit University Corporation for Atmospheric Research (UCAR).

"But having so many labs together can develop synergies and academic progress. It's multifaceted - economic impact, business impact, research impact."

CO-LABS is an advocacy organization at heart, claims Schmidt, who was on the founding board of directors in 2007. She now serves with representatives from the University of Colorado-Boulder, Colorado State University, Colorado School of Mines, along with a number of private and civic entities. All use the nonprofit to update the public on Colorado-based labs and research breakthroughs occurring within them.

As part of this advocacy angle, the board oversees the state-supported Governor's Award for High-Impact Research, a prestigious honor given to people pushing the limits of Colorado's thriving research culture.

During this year's ceremony on Oct. 25 at the CU-Boulder east campus, Gov. John Hickenlooper will recognize leaders from six labs for advances in everything from energy efficiency to hurricane forecasting.

The message is clear: Research done in Colorado labs stretches far beyond the state.

"These awards mean a great deal to the labs," Schmidt says. "It's a very competitive process and we wanted to call attention to the variety of research being done in the state. It's all about research and societal impact."

A hub for researchers

National budget woes make CO-LABS' mission more pressing than ever, but the organization was created in response to a more local - but equally important - danger. Within the past decade, Schmidt says Oklahoma tried to lure portions of the UCAR lab away from Boulder. The attempt was unsuccessful, but it showed Schmidt and other leaders how fragile the research climate can be.

"When people saw that threat, they really banded together," Schmidt says of the failed Oklahoma bid. "But we also knew we couldn't stand aside and just come together when the next threat appeared. Colorado is very important for the nation, as far as the depth and breadth of research, and we don't want to lose that."

CO-LABS was formed shortly after, and has gone on to become a sort of rallying point for all high-level research in the state, with financial backing from grants and the state's Office of Economic Development and International Trade.

Once funded, CO-LABS' first major undertaking was to create an economic impact report with detailed, Power Point-ready data for politicians and lab leaders to show the public.

The latest report, published in March 2011 by CU-Boulder's Leeds School of Business, showed how federal labs are an integral cog in Colorado's economic machine. Along with previous reports by the school, it showed revenue of nearly $5 billion over four years, but even more notable is how much the labs do with what they're given.

In 2010, federal labs and their affiliates pumped $1.5 billion into the state economy with only $800 million in funding. Since 2007, that net revenue has increased by nearly $300 million - all with negligible changes in funding.

Staying in the loop

"On every level, from Congress to the Senate to other delegations, they like hard numbers. It's a wonderful tool for them," says Scott Sternberg, a CO-LABS board member and president of the multi-national company Vaisala. "We need to be aggressive and highlight the work the labs are doing."

Headquartered in Boulder, Vaisala specializes in ground-based monitoring technology for the weather and energy industries. Sternberg says it's natural for the company to have a hub in Colorado - with 10 percent of its revenue going back to research and development, proximity keeps him in the loop on cutting-edge research from NOAA and other labs.

"It's nice to be a private entity working with the (CO-LABS) organization to see how these labs make a difference in the state," says Sternberg, who takes a personal interest in CO-LABS as a scientist. "Our involvement is absolutely not for direct financial gain. It's about having an interaction and exchange of ideas between the private industry and federal labs."

Sternberg, Schmidt and other board members use the buzz phrase "tech transfer" to describe the sharing of beneficial research between federal labs and private companies.

The Governor's Award is a prime example of work that's ripe for tech transfer. One of this year's honorees, CSU's Cooperative Institute for Research in the Atmosphere/Advanced Technology Source (CIRA/ATS), created software that compares satellite data to model forecasts. The breakthrough, from a team led by NOAA research meteorologist Mark Demaria, helps better predict tropical storms, which can help meteorologists or smartphone app developers provide better info to the public.

"These labs are a source of pride for the state - the concentration is incredible, and the diversity of work is quite a potpourri of fields," Sternberg says. "I know the state is very excited to have the labs and keep them here."

Also excited are the leaders of state universities, including Bill Farland, vice president for Research and Engagement at CSU and current chair of the CO-LABS board. With 27 years in research and development with the Environmental Protection Agency,Farland sees first-hand how campus-based labs such as CIRA impact the state and CSU students. 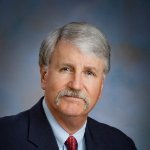 "Our students really hope to make the transition from school to these national labs, whether as technicians or for continued research," Farland says. "We see them as a sort of scientific training ground, and we realize this ecosystem of research in Colorado is enhanced by the many federal labs."

Farland also notes the opportunity for joint grants between labs, which take pressure off funds and resources.

No matter the research and recognition, though, the threat of financial disaster still looms. But Sternberg sees CO-LABS as a "defense mechanism" against the maelstrom, and the nonprofit could become a model for other states. As far as board members know, nothing on this level is being done elsewhere.

"Anyone who is tied to federal funding is in the spotlight now," Sternberg says. "That's the exact reason CO-LABS exists. It's to add value to the laboratories and show why they're needed."