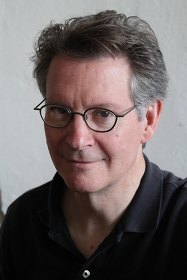 DENVER - Tom Higley is a Denver-based serial entrepreneur who knows something about how to start and run companies.

He's started six companies, has been CEO each time, and has even been CEO of two companies he didn't start. He hasn't let that experience go to waste when it comes to helping other budding entrepreneurs, serving as a mentor at TechStars and Galvanize since their inceptions.

Now, with his co-organizer, Nicole Gravagna, Higley is about to conduct a new experiment that could have national ramifications, a program called "10.10.10." Gravagna, 10.10.10's managing director, is the former director of operations for Rockies Venture Club and the author, with RVC's Peter Adams, of Venture Capital for Dummies. She began working with Higley more than a year ago to pull the program together.

In a nutshell, 10.10.10 combines 10 "wicked problems" with 10 successful CEOs from around the nation working together over 10 days. The goal: Come up with a few fundable companies that represent huge opportunities.

10.10.10 allows for a concentrated period of time where these serial entrepreneurs can spend time challenging each other and come up with new ideas and solutions.

Gravagna said the event is unique in that it seeks people who want to be challenged to take a big jump into the future.

"Tom realized many serial entrepreneurs are tempted to grab the incremental startup idea, but anybody can do those things," she said. "They're attainable, but less challenging than the world-changing ideas.

"These serial entrepreneurs are the kinds of people that need to be challenged to think bigger."

The selected CEOs will approach 10.10.10's "wicked problems" using "themes" that - like the Internet itself - have dramatically changed the innovation landscape. 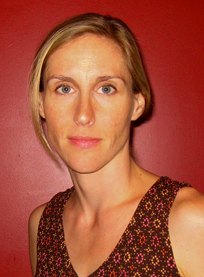 "Themes may include 3D printing, wearable technology, robotics, driverless vehicles, UAVs, and more," Gravagna said. "Each theme gives you a kind of crystal ball on the future."

According to Higley, "10.10.10 is the closest thing we know of to an outsourced 'entrepreneur-in-residence' program for successful entrepreneurs. If you've helped build a successful company, you will almost certainly set out again in search of your next big thing. When you do, you'll find you are in a powerful but vulnerable position. You're about to make a key decision: Where and how will you invest the next chapter of your life?"

"These successful serial entrepreneurs are a scarce resource. Every startup community in America should be competing for these people," Higley said. "They attract top talent. They attract investment from outside their home city and state. They help cities build the future. That's why 10.10.10 is so focused on providing them with what they need to design the future."

During the 10-day Denver gathering, the CEOs will spend their time in interesting ways. Some time will be spent privately as CEOs both team up and work on their own. Still other time will be spent in public and semi-public meetings that feature key speakers and also allow the public to witness the progress made by the 10 prospective CEOs.

Higley and Gravagna are getting a lot of help with 10.10.10 with many volunteers and a high-powered steering committee that includes Tami Door, Downtown Denver Partnership CEO and president; Erik Mitisek, CEO, Colorado Technology Association; Robert Reich, CEO and founder of OpenSpace and founder of NewTech Meetup; and Jeffrey Nathanson, founder of Strategic Catalysts.

"Everyone has their own strengths, and we're very grateful to them and the folks who have agreed to be advisers to us," Gravagna said.

Gravagna expects that as companies are formed through the program, some of the CEOs will choose to remain in the Denver area, creating jobs, attracting outside investment and boosting the economy.

But she said 10.10.10 also expects some CEOs will go back to their home cities and set up new companies there. And 10.10.10 is fine with this, Gravagna said, because it's "really the best way to attract the top CEO talent in the country to a Denver-based program."

"This isn't a think tank," says Gravagna. "The goal is problem solving, company formation, funding and -- at least as important -- connections."

"Startup communities are more successful if they are better connected," she added, "so they need to overcome any tendency toward insularity. 10.10.10 helps encourage the connections that are most important. We want to connect Denver to thought leaders, entrepreneurs, and investors throughout the country."

The program will debut in Denver in early August of this year with exact dates TBA. "There's something startup-related happening here in Denver every day of the week," she said. "It has become a magnet."

Higley said an August start date allows more CEOs to apply and helps 10.10.10 create a better fit among the CEOs participating in the class.

"Our decision to begin in August was an easy one," he said. "We want everyone participating in the 10.10.10 program to come away with a great experience. For us, this means that prospective CEOs who apply to the program should always be confident they will join a class of CEOs that are complementary and able to challenge one another.

"We've had a great crop of applicants for the program so far, and by August, the growing pool of applicants will help us create a better match among the prospective CEOs."

And if it is successful, Higley and Gravagna expect the program to be held in Denver twice each year. They hope the program may one day be exported to other startup communities throughout the country.

Gravagna said the August event has one very big goal.

"We're challenging successful people to do more and be more and to wrap their hearts around something big," she said.