LONGMONT -- For Terralux, LED bulbs and fixtures and just about everything else are coming into vogue at the exact right moment.

The Longmont-based commercial lighting company has been a leader in the commercial retrofitting market since 2003 -- relatively old by modern startup standards -- but for one reason or another, the LED technology that founder Anthony Catalano helped pioneer just hasn't caught on.

"We're still transitioning to the point where LED will be a completely obvious decision, but if you go back to when we had cathode ray tubes in TVs, those were the standard for decades," says Neil Cannon, the company's chief sales and marketing officer. "By now, flatscreen TVs have slowly become the standard. These kinds of transitions occur all the time in technology -- they aren't always apparent, but they're happening."

Much like any worthwhile technology in the Digital Age, Cannon believes LED lighting is about to have its moment. The cost-effective and energy-efficient alternative to traditional lighting is far from new, but the Terralux approach is just enticing enough to shake up the status quo.

Since 2012, the company has honed in on the retrofit market and business is booming. Cannon says for every new building under construction -- a nearly $900 billion industry last year alone -- roughly 45 or 50 are in need of standard repairs and upgrades. 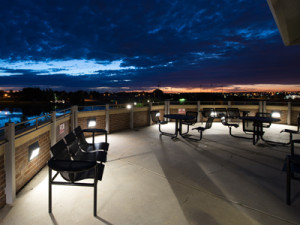 "This is almost an analog-to-digital transition," Cannon says. "You're going from something built in bulk, like the fluorescent bulbs, to something that is much more fine-tuned. So many years later we're still burning the same bulbs Thomas Edison invented, but finally we're getting into the 21st century with lighting."

The rub: Terralux's LED system works hand-in-hand with old lighting fixtures. A single $200 hallway lamp can be upgraded for an average of $40, Cannon says, whereas a straightforward remodel could cost upwards of $250 per new LED fixture.

As a digital system, the retrofitted fixtures are ripe for smart technology: motion sensors to turn lights on and off when folks pass by, miniature digital cameras to combine lighting and security, even built-in thermostats to control the air temperature -- and save building managers even more. 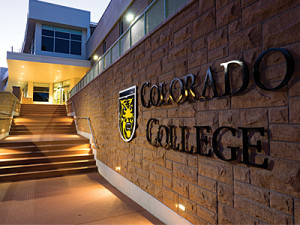 And investors have been paying attention to the wide range of applications for all-in-one LED technology. In early March, Terralux announced an $11 million round of investing led by EnerTech Capital, a venture firm headquartered in Canada with ties to the clean energy industry, including the clean-diesel outfit Clean Air Power and sustainable material manufacturer CalStar Products.

As green technology becomes more refined and affordable, not to mention enticing to investors, Terralux is poised to tap a global market. Again, the moment is nearly here.

"This isn't just where the market is going -- it's where the world is heading as well," Cannon says of the commercial retrofitting movement. "There aren't many places left to turn for savings, so lighting has become a big one."

Lighting with a brain

When Catalano founded Terralux, he understood better than most the promise of LED technology. He was a division director at the National Renewable Energy Laboratory in Golden and served as a technology advisor for several Fortune 500 companies.

Yet Catalano hadn't quite designed a product to make the most of LED. He began with a consumer app for portable lighting, such as flashlights and headlamps, but it hardly made the most of his background with semiconductors and intricate electronics.

"He was more of an inventor," Cannon says of Catalano. "He was a very fertile, inventive mind, in that he wanted to see how he could take this technology further."

After selling the portable lighting division in 2014 to Lightstar Corporation of Dallas, Terralux refocused on the commercial market with 50 engineers working with electronics, mechanics and software systems.

Thanks to the recent $11 million from EnerTech Capital, along with similar backing from Al Gore's Generation Investment Management and a slew of other venture firms, Terralux is now perfecting a smart-lighting system, dubbed LED Sense.

The system takes the smart-tech capability of a digital LED fixture and gives property owners control over just about everything. Take a recent beta test at Princeton's Bloomberg Hall: Terralux fixtures in the 10-year-old residence hall monitor temperature, motion, CO2 levels and airflow. Over a few months, readings from the dorm hallways and common areas led to a new, more reliable ventilation system.

"I call it a computer in a light," Cannon says of LED Sense. "You have a processor, the same that you have in a computer or cell phone, but it's a little simpler.

As Cannon explains, the concept is similar to putting a camera in a smartphone. The conductors and processors needed to run a digital camera are already in place -- all that's left is a lens.

"Everything you want to know about a building is captured now because we have these sensors right in the fixtures," Cannon says. "I would call this lighting 2.0 or 3.0. It's now just building a better light with an LED."

The Front Range tech environment has been invaluable for Terralux. It's where the workforce is: the company has hired several graduates from the University of Colorado-Boulder's architectural engineering program.

Cannon says the program preps engineers for the retrofitting field, and as LED is poised to enjoy its long-awaited moment, lighting may be the next digital frontier.

"It really is a digital revolution in the lighting world," Cannon says. "More than likely, you'll see over time that lighting becomes a repository for more and more intelligence."