FORT COLLINS -- Within the rapidly changing world of distributed power systems caused by increasing demand and the need for reliable power, Fort Collins-based Spirae, Inc. is partnering with The Boeing Company to provide solutions for the Department of Defense.

Spirae specializes in the integration of large-scale renewable and distributed energy resources. Through its development of energy service platforms and power system simulations, Spirae then delivers scalable smart grid solutions to its customers.

In partnership with Boeing, Spirae is introducing its technology to the Department of Defense. "The DOD is the largest consumer of energy in the U.S.," said Bill Becker, Spirae's director of business development. "They are dependent on utilities and commercial providers for that energy." 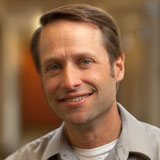 Recently, the DOD established two mandates, Becker said. The first is to reduce the DOD's dependence on fossil fuels so it can become "greener" and reduce costs. "Second, they want to be able to disconnect the military bases from the commercial utilities and operate independently when necessary.

"Previously, power systems have been top-down, from transmission and generation by utility companies to distribution to consumers," Becker said. "But the power system is changing.  Power can now flow in both ways through, for instance, power generated with solar panels. The use of photovoltaics is becoming more common because they are now more financially viable."

The DOD needs reliable power for its critical operations, Becker said. That means they must not only cyber-protect their grid but also be able to generate enough energy from within.

"We're working with Boeing to provide the solutions and provide the means for creating the secure micro grids," said Becker. "Boeing has the relationship with DOD and the cyber technology, and we have the smart grid product that can provide energy security."

Spirae's BlueFin™ platform provides a field-proven platform by integrating a diverse array of distributed resources -- including renewable sources such as solar -- with real time power management.

"It's designed to take all the distribution energy resources and give us some control over those so there isn't as much deviation," said Becker. "In the case of the DOD, it would allow it to run on its own without connecting to a main commercial grid."

Becker uses Fort Carson as an example. "If Fort Carson's electrical grid was attacked or there was a natural disaster, it has backup generators, solar, and battery storage but they have a limited amount of diesel fuels to run the generators.

"How long a base can operate depends on fuel and water. So if you use renewable energy rather than fossil fuels, you will reduce the amount of external support needed. Fort Carson has to be able to operate as a micro grid, and BlueFin technology does that."

Boeing and Spirae are also partnering on Smart Grid Live, a three-day event featuring leading smart grid innovators, panel discussions, networking with experts from around the globe and live demonstrations of interoperable smart grid solutions on Sept. 25-27 in Fort Collins.

"This is the second annual (event)," said Julie Zinn Patti, Spirae's chief operating officer. "The first one was in January of 2011. It kicked off the demonstration phase of the FortZED RDSI project Renewable and Distributed Systems Integration that was funded by the Department of Energy. 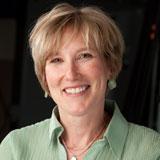 "We had a very successful event with 120 people representing different areas in the industry attending. This year, we're expecting around 300."

"Smart grid events are flooding the industry right now," Zinn Patti said. "We wanted the opportunity to show complete solutions that are being implemented by the most progressive cities in the nation. That's how this is different from the other events. This is not just the PowerPoint demonstration but we'll have live feed."

For example, Avista Utilities from Spokane, Wash. will feature its advanced management network system. In addition, the National Renewable Energy Lab (NREL) in Golden and the Sacramento Municipality Utility District will demonstrate how they maintain reliability while integrating high penetrations of photovoltaics.

"We're really thrilled to have strong participation from the Gridwise Alliance," said Zinn Patti. "We also have several keynote speakers with impressive backgrounds."

They include the U.S. Ambassador to the Republic of Finland, Bruce Oreck; former Colorado Gov. Bill Ritter; and Craig S. O'Connor, director of the Office of Renewable Energy and Environmental Export-Import Bank of the United States.

"This year, we're also doing an educational program on the third day concurrent with other activities," she said. "We're bringing in 200 area high school students to give them exposure to smart grid technology. We'll have a career panel with representatives from companies such as Xcel Energy and Fort Collins Utilities Department."

Zinn Patti said the panel will help students understand the opportunities for jobs in the smart grid industry and the actual career path from technician to engineering to administration.

For more information on the event, go to www.spirae.com or www.smartgrid-live.com.

One of nine projects across the nation funded in part by DOE, the Fort Collins RDSI project integrated and controlled a large number of distributed generation and demand-side resources, reducing electrical-grid-system peak load demand by 20 percent within the FortZED district.

"The RDSI project demonstrated the capability of a smart grid, using dispatchable renewable energy and demand response to reduce peak demand," said Steve Catanach, Fort Collins Utilities manager. "We demonstrated that distributed energy resources can be added to a grid while maintaining power quality and reliability."

"The RDSI project's goals were quite diverse," added Bruce Hendee, Fort Collins' sustainability officer. "The technical, community and site goals needed to be balanced so that all participants could meet their objectives. RDSI did just that. All parties successfully met their goals.

"What that means for us going forward is that we're poised to implement Fort ZED as a net-zero energy district having tested, worked out and balanced the diverse requirements."