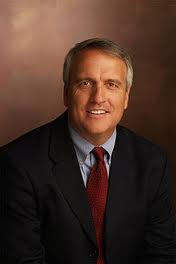 Ritter is now director of the privately funded Center for the New Energy Economy at Colorado State University, which he founded after leaving office in January 2011.

The center works with governors, policymakers, planners and other decision-makers to facilitate state transitions to a clean energy economy.

On April 3, attendees will have an opportunity to visit the National Renewable Energy Laboratory in Golden.

GreenTech 2013 is sponsored by IEEE Region 5 and IEEE-USA.