Company founders Dan Johnson and Tim Reeser built the LH4 and planned to enter it in the Progressive Automotive X PRIZE competition.

They also displayed the prototype vehicle at the Denver Auto Show. There, and elsewhere, they received inquiries about putting their non-electric hybrid drive technology to use retrofitting trucks.

Facing an extended, expensive road to continue work to make the LH4 a viable production vehicle and finish the X PRIZE competition, the company decided to shift its focus to creating a hydraulic hybrid retrofit system for trucks. That led to the design of a system for fleet vehicles like medium-duty shuttle buses.

The system adds a pair of pump/motors and a high-pressure accumulator to the driveline of a vehicle. When the driver brakes, some of the energy that would be lost to braking drives the pumps. That pushes hydraulic fluid into a carbon-fiber accumulator, where it compresses nitrogen gas inside a rubber bladder. When the vehicle accelerates, the energy stored in the accumulator is released to assist to the engine.

The result is a 30 to 40 percent improvement in the vehicle's fuel efficiency.

While the move from developing a futuristic coupe that gets 100 mpg to building a retrofit for the workhorse vehicles of the global economy might be a step back on the eye candy scale, the numbers behind the move are impressive. 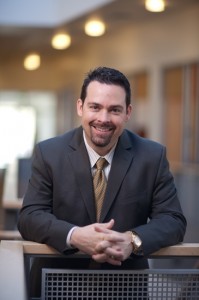 Reeser, the company's president, is excited by what he describes as an international opportunity.

"In the U.S., the general public tends to be a bit short-sighted when it comes to fuel costs," he notes. "In Toronto, they pay about $6 a gallon for gas. China is worried about fuel costs and air pollution. In Turkey, gas is $10 a gallon. A 30 percent boost in fuel economy saves $3 per gallon.

"For a commercial fleet, there's typically a 30 percent profit margin," he said. "A 30 percent swing in fuel prices kills that. As individuals, we complain and eat the cost. For fleets, this is life or death, and improving fuel economy is a critical innovation."

For a large fleet like UPS' 100,000 vehicles, or an environment like Bangalore, India - where mass transit uses 6,000 buses to transport nearly 10 million residents across nearly 500 square miles - the benefits add up quickly.

"CAFE fuel mileage standards - requiring fleet vehicles to get 20 mpg by 2018 - are not the driving force here. Our customers are."

The company now has 17 people at two Loveland sites building a $25,000 retrofit system that provides a two-year payback for vehicles that drive many miles in stop-and-go service. Current production is two systems a month. Reeser expects that to grow to 20 a month in 2014. As that happens, a variety of factors (automation, value-added engineering, cost-cutting, material volume discounts, system simplification, including increased reliability and reduced weight) should help drive down the cost by $5,000 to $10,000 per system.

Growing demand will be helped by a recently announced partnership with National Fleet Hybrids, which will make the hydraulic hybrid drive system available to New England and Mid-Atlantic fleets.

There are currently seven of these systems on the road, including one in Loveland with a second on the way, two at Colorado State University, one each in service for Enterprise Rent-a-Car, National Express in Canada and Boston's National Fleet Hybrids. Inquiries on when the company will offer a hydraulic hybrid system for trash trucks are coming from a number of municipal and refuse hauling fleet operators.

The big payoff, though, comes with the prospect of vehicles coming off the production line with the Lightning Hybrids system as original equipment. The company has an OEM joint development agreement with GM, and is in talks with Ford, Isuzu and Mercedes.

"Today, we're all about brake regeneration, but our gain in fuel economy is limited by how many stop-and-go miles are being driven," said Reeser. "UPS has a goal to double its fuel economy, from 10 mpg to 20 mpg. We take them from 10 to 13 mpg. The next step is working with OEMs to combine our system with a smaller engine."

Using a smaller engine provides the additional 7 mpg that UPS and other fleets need to get to 20 mpg. Installing the system at the factory also eliminates the need to change the drive shaft, which must be done on some retrofits.

Lightning's system enables manufacturers to spec a smaller engine because it makes an additional 700 to 1,500 foot-pounds of torque available for vehicle acceleration. Without such a system, engines are sized to ensure a heavy vehicle can go from a standing start to cruising speed in a reasonable time. Reeser says OEMs can go from a 6-liter engine to a 3-liter engine with the hydraulic hybrid system. That also lowers overall vehicle weight and improves safety.

Expectations that come with improved fuel efficiency are typically low, as that often means compromising vehicle comfort and performance. But not with their technology, Reeser says, "With our system, better gas mileage does not involve a sacrifice. We actually increase power and improve braking."

At the end of July, Lightning Hybrids was announced as one of four finalists in the Colorado Innovation Network (COIN) "Glorious Failure" contest. They will present to a panel of judges on Aug. 29 as part of the second-annual COIN summit, competing for cash and services.

In a promotional video for the contest, Gov. John Hickenlooper notes that it's important for entrepreneurs to learn, adapt and pivot based on the circumstances. Lightning Hybrids' shift from sports car to medium-duty fleet vehicles seems to provide a clear example of how far that ability can take an organization.