Lyng was recently hired to be senior policy advisor with the Center for the New Energy Economy at Colorado State University. 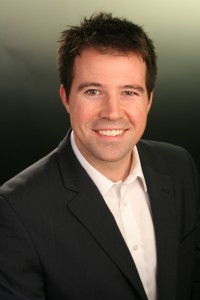 The center's headed by former Colorado Governor Bill Ritter. During Ritter's administration, which ran from 2007 to 2011, Lyng served as an advisor on energy policy in the Governor's Energy Office, where numerous state energy initiatives were borne in just four years.

Lyng said he's extremely proud of his time in Ritter's Energy Office. "It was a really productive environment," he said, noting that 57 energy-related bills were passed by the Legislature during the one-term Ritter administration.

One particular accomplishment stands out, Lyng noted, when Colorado became the first state in the country to establish a renewable energy standard by a vote of the people.

That standard was later tripled in 2010, Lyng said. By 2020, Colorado utilities are mandated to obtain 30 percent of their energy from renewable sources such as wind and solar.

The center, founded in February 2011 just after Ritter left office, is a privately funded initiative with the mission of helping advance the growth of a clean energy economy across the nation.

Located on the Colorado State University campus, the center is focused on helping states move toward stronger support of clean energy technologies.

"What we're endeavoring to do is assist states in identifying opportunities to further discussions of clean energy in the marketplace," Lyng said.

"We're very focused on helping states grow new energy industries," he said. "There's also a movement afoot in some states to roll back energy standards. One of our challenges is to educate people about the cost and the benefits. We do a lot to communicate what the benefits are."

Lyng said Colorado is fortunate to have vast untapped supplies of clean natural gas, but controversy over the safety of fracking -- fracturing rock layers with high-pressure liquids to get at previously inaccessible gas reserves--has raised concerns about where it should be done and its environmental impacts.

"Hydraulic fracturing has produced an unprecedented amount of natural gas," he said. "Regulation is very important, but only as important as its enforcement.

"It's really incumbent for (the oil-and-gas) industry to operate for the public good."

Lyng's former and now-current boss welcomed him warmly when his hiring was announced.

"Jeff will be a tremendous asset to the center as we continue to assist legislators and policymakers with energy policy discussions around the country in a non-partisan way," Ritter said.

"He joins our group at a critical time as many states are grappling with increasing pressure to address these issues."

Lyng received his master's degree in Building Systems Engineering from the University of Colorado. He has served on the boards of Xcel Energy's Innovative Clean Technologies Program, the Colorado Energy Services Coalition and the Colorado Renewable Energy Society and is past board chair of the American Solar Energy Society.

Lyng said he's excited to be carrying the message of renewable energy's possibilities and opportunities.

"To me, this is a real critical time for the U.S. and states to be leading the way," he said. "There's a lot of misinformation out there and it's sometimes easy to feel the opportunities are tapped out, but that couldn't be further from the case."