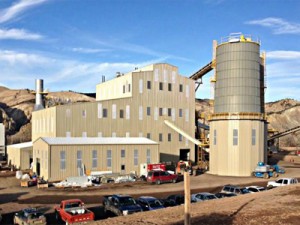 GYPSUM - Colorado's first biomass plant that will make electricity from beetle-killed trees began operating this week in Gypsum, according to a report by Colorado Public Radio.

Eagle Valley Clean Energy is the developer of the plant, which will truck in beetle-killed wood within a 75-mile radius and also take wood contributed by the Eagle County landfill, the report said.

In addition to being a new source of renewable energy, the facility could help reduce the severity of fires by removing beetle-killed trees from forest lands.

Holy Cross Energy will purchase the power created by the facility, the report said, enough to create electricity for 10,000 homes.

The plant will help the state reach its goal of acquiring 20 percent of its energy from renewable sources by 2015, the CPR report said.