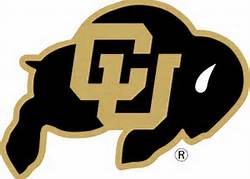 BOULDER - CU-Boulder researchers are developing a cutting-edge battery technology that could allow electric vehicles of the future to travel twice as far on a charge than they can now, the university announced.

CU's Technology Transfer Office has completed an agreement with Solid Power LLC - a CU-Boulder spinoff company founded by Se-He Lee and Conrad Stoldt, associate professors of mechanical engineering - for the development and commercialization of an innovative solid-state rechargeable battery.

CU said Lee and Stoldt solved the battery safety concerns by eliminating the liquid electrolyte and instead built an entirely solid-state battery that uses a ceramic electrolyte to separate the lithium metal anode from the cathode.

Because the solid-state battery is far safer, it requires less protective packaging, which could reduce the weight of the battery system and help extend electric vehicle range.

"The real innovation is an all-solid composite cathode that is based upon an iron-sulfur chemistry that we developed at CU," Stoldt said. "This new, low-cost chemistry has a capacity that's nearly 10 times greater than state-of-the-art cathodes."

"We're actively engaging industrial commercial partners to assist in commercialization and expect to have prototype products ready for in-field testing within 18 to 24 months."

"We're very excited to be working with Solid Power's team to get them to the next level," said Mike Freeman, Rocky Mountain Innosphere CEO. "This is a big deal to Colorado's cleantech space. Solid Power's batteries will have a huge impact in the EV market, and they have a potential$20 billion market for their technology."