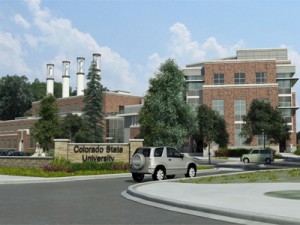 FORT COLLINS --Colorado State University is quickly moving to the forefront of energy research, and that's about to be spotlighted through the creation of the CSU Energy Research Institute.

With a broad, ambitious mission to "create innovative energy solutions through a cross-disciplinary, entrepreneurial approach to benefit the human condition," those behind the Energy Institute hope to develop a world-class program with sustained global impact.

"We intend to provide a very noticeable portal to the outside world about what CSU is doing in the area of energy, so that we can act as a point of first contact," said Reardon during a recent campus presentation on the Institute.

The goal is to foster research, grants, education and strategic partnerships while also helping to bring energy technology to the marketplace, he said.

Toward that end, all of the existing energy centers and programs on campus - such as ag energy, photovoltaics, sustainable biofuels and electric power systems - will now fall under the umbrella of the Energy Institute. By centralizing their brand, the directors hope to encourage a synergy among disparate centers and researchers while providing a single source of information for companies, government agencies and the public looking to connect with CSU.

A lynchpin of the Energy Institute will be the Powerhouse campus, currently under construction at the site of the existing CSU Energy and Engines Lab on College Avenue on the north side of downtown Fort Collins. The 100,000 square-foot facility, scheduled to open in January 2014, will house labs and offices and serve as the administrative home for the Energy Institute. 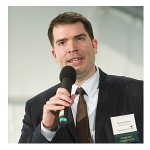 It will also be the new home of CSU's Center for the New Energy Economy, headed by former Colorado Gov. Bill Ritter.

The $18.5 million facility will also provide research space for those working on energy projects across the CSU campus. Organizers hope it will solidify CSU's reputation as a leader in energy-related research and development.

Another goal is to raise the visibility of the university's efforts within the energy community.

"We've undersold for a long time just how impressive CSU is in this space," said DeFoort. "We need to let people know just how much is going on here."

Part of that involves a new, dynamic website currently under development and expected to be on-line soon.

On the education side, more energy courses are in the works. An interdisciplinary minor in sustainable energy is already being developed. The minor would be accessible to all undergraduates and enhance the educational offerings of the university.

In addition, an energy scholarship fund has been initiated, and Fort Collins-based Woodward is backing a yearly fellowship.

According to DeFoort, Colorado State already has an impressive energy program. "We're easily in that crowd in the top ten, just based on the diversity and breadth of things going on, from commercialization to physical infrastructure, spin-off companies, all those different things," he said.

The key now, DeFoort noted, is to clarify that message, and the Energy Institute is the first step.

The CSU Energy Research Institute will have its official campus launch Oct. 14 at the Lory Student Center Theater.