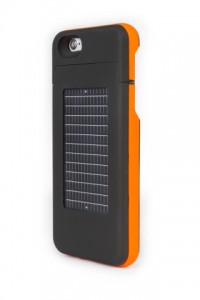 The Surfr for iPhone 6 is being showcased during the Consumer Electronics Show in Las Vegas that runs from Jan. 6-9.

Ascent said the Surfr Battery and Solar Case for the iPhone 6 is the first case to integrate both battery storage and solar charging into a sleek, thin and compact case.

Ascent said the case enables more than 10 hours of extra talk time and a doubling of video and audio capacity.

"The integration of Ascent Solar's revolutionary photovoltaic technology into this case is another example of the multitude of applications for Ascent's ultra-versatile thin-film solar," said Victor Lee, Ascent Solar president and CEO.

Equipped with an incorporated micro-USB input, users can charge both their case and phone by plugging into any USB power source, Ascent said, reducing their need to be constantly looking for an outlet.

Guidehouse: Electric Vehicles expected to account for over 20% of global light-duty vehicle sales by 2030