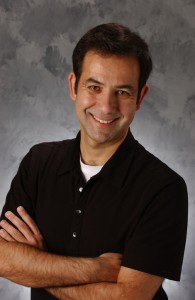 Five-year-old Ampt has already created a stir with its technology geared to lowering photovoltaic (PV) solar system costs and increasing energy generation and performance. And, in a new partnership with China based ZNShine (pronounced Zen shine), Ampt is broadening its reach into the global market.

ZNShine, a manufacturer of silicon ingots, wafers and solar PV modules, is well-established in countries across the globe including Germany, Spain, Italy, France, UK and Australia. The partnership provides Ampt access to a larger market and allows ZNShine to incorporate Ampt's power conversion technology into its solar panels.

But the latest development occurred Sept. 10 with the launch of the HDPV Alliance, founded by Ampt LLC, KACO new energy, LTI REEnergy and REFUsol. The plan is to have the Alliance serve as a means to bring industry representatives together around a common vision for the development and adoption of lower-cost and higher-performance PV systems.

The Alliance will facilitate collaboration among member companies to reduce PV balance of system (BOS) costs by leveraging the high-definition PV (HDPV) Advantage. The HDPV Advantage is "the solar industry's standard for delivering a greater concentration of solar energy in kWh by providing higher resolution power optimization, information gathering and controls level at a much lower cost than previously achievable," according to the Alliance's website.

It's a win for everyone, says Ampt Chief Executive Officer Levent Gun.  "We're already getting a lot of interest and new members joining," he said.

Gun, an electrical engineer, helped start Ampt in 2007 when a small group of engineers from Advanced Energy left AE to create their own company.

Ampt has always worked to deliver a greater concentration of solar energy. That -- and cost-cutting -- is what Ampt's technology is about, Gun said.

"One of the biggest problems in the solar industry is financing," he said. "Typically, one in 20 projects get financing because banks look at the risk and the return and it doesn't always look positive. This is where we come in. We increase the return on investments and we lower the risk."

Solar energy production does have risks, Gun notes. Sunshine, of course, is a factor, but while mathematic models can predict solar energy generated by the sun, they can't predict all the risks. Many things can impact solar panel energy production, Gun says. For example, dirt, bird poop, shading from surrounding buildings - all are factors because in most systems -- if one or two panels are blocked -- the other panels are impacted.

"Think about Christmas lights," Gun says. "In some brands, if one bulb burns out, none of them work. In the same way, if we have a panel that doesn't work, it lowers the productivity from the neighboring panels. Currently, panels need to be identical and you want to minimize any variation because the production goes to the lowest common denominator."

Ampt's technology, however, can resolve that by isolating each panel.  "Our electronics can be mounted in a junction box on the back of each panel and then the panels are controlled independently," Gun points out. "If one goes bad, the rest go on producing."

"Panels age non-uniformly, so deviation happens over time. By putting our electronics into it, you now have a micro-processor on board. The panels can now talk and you'll know if a panel is bad, so management of a (solar array) becomes better."

Ampt's name is spreading quickly in the solar industry.  It has established strategic partnerships with manufacturers of inverters, PV modules, BOS components and software monitoring solutions to expand adoption of the company's DC/DC module-level optimizers.

As an example, KACO new energy, one of the world's largest solar inverter manufacturers, recently announced the incorporation of Ampt Mode  in its inverters. This month, Ampt and KACO showcased the new inverter offering in Orlando at one of the solar energy industry's largest events in North America, the Solar Power International (SPI) 2012.