But Drew Bolin, CEO of the Colorado Clean Energy Cluster, says there are challenges that may change that picture in the near future.

"I would say there are many global and national challenges where these ratings will be lower in the next few years," Bolin said, noting in particular Congress' failure to extend the Production Tax Credit that expires later this year.

Vestas Wind, the Danish company that has set up its North American production facilities in Colorado and employs thousands, has warned of layoffs if the PTC is not extended. Businesses like Vestas that produce electricity from renewable energy sources can apply the credit to lower their income taxes.

Bolin said the PTC has strong bipartisan support in Congress, but party politics in the Senate has so far killed attempts to extend it.

Bolin said he hopes some kind of compromise can eventually be reached, but added, "With each day that passes it gets more dicey."

Bolin said he also is concerned about what he sees as "fierce competition" among Smart Grid and energy conservation companies.

The cluster has three main initiatives: to help grow FortZED (a Smart Grid zero energy district in Fort Collins); to promote the International Cleantech Network; and to strengthen a statewide clean energy supply chain in partnership with the Colorado Association for Manufacturing and Technology (CAMT).

Constructing a supply chain for clean tech is one of the cluster's top goals. "We've been identifying gaps and challenges in the clean energy supply chain," Bolin said. "We're trying to make our state even stronger by identifying and addressing the gaps and make Colorado even more attractive for cleantech energy and growth."

One of the biggest things the cluster does, Bolin said, is help struggling clean energy startups find funding.

"We help connect startups to areas where they can access capital, whether that's venture capitalists, strategic investors, government or traditional financing," he said.

In the end, it's about helping the state's economic base grow stronger, Bolin said.

"Specifically, we do economic development to help create high-impact, high-value projects for all of Colorado that lead to attracting new companies, retaining existing companies and starting up new companies," he said.

Bolin notes that Colorado's clean tech sector has remained strong in recent tough times and has the ability to be a strong pillar of the state's economy into the future.

"Even in the recession, clean energy and clean tech have grown an average of 8 percent a year over the last 8 years," he said.

Bolin splits his time between two offices - one in Fort Collins in the Rocky Mountain Innosphere, and another at the National Renewable Energy Laboratory (NREL) in Golden.

Prior to taking the position of CEO of the Colorado Clean Energy Cluster in January, Bolin served as director of Colorado's state energy office (now the Governor's Energy Office). 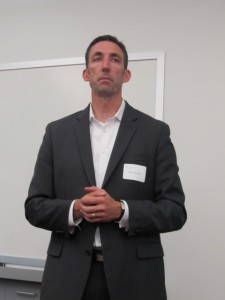 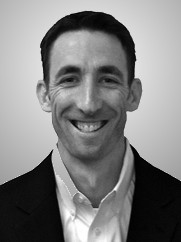