FORT COLLINS -- The goal of Beyon Modern is to become a player in the smart homes industry.

A recent study done by executives at GE, one of the largest providers of kitchen appliances in the world, revealed that consumers are ready to welcome appliances that implement more intelligent and intuitive features.

In the same way, consumers said they wanted sleek designs that blend well with the rest of their home, with be clean transitions from their wall or counter to their refrigerator or stovetop.

Beyon Modern said it will address major limitations in current stovetops including having a set number of heating elements, a restraint on the different shapes and sizes of heating elements that can lead to inefficient power distribution or waste of energy, and lack of security.

In response to these limitations, Beyon Modern intends to enable the user through customizability, improve spatial efficiency and increase product safety and security.

Beyon Modern proposes a spatially efficient surface that gives an authorized user the power to distribute heat wherever and however they want. This surface is comparable to a stovetop but is capable of much more.

For spatial efficiency, only the areas that need to be heated will be heated. No more, no less. A digital interface allows for many types of security (e.g. passcode, password, fingerprint scanning, etc.). Added security increases safety. For example, cats on the counter won't bump an analog dial, kids cannot use the surface if they are not allowed, and babysitters can have access during a specific time period.

This means the user can heat any material (unlike an induction cooktop) of any size or shape, at any location on the surface, to any heat intensity, and can do so until the entire surface is full.

It also means the surface itself can take any shape. The surface can be controlled by one or more physically connected or wireless touchscreen interfaces.

Commercial applications fall in line with both enabling the user and the vision for customizability. The size and shape of the surface itself can range from a conventional stovetop to a kitchen island, from a dinner table to any size or shape that may be needed in the culinary industry.

This product will provide a foundation for technological growth in this arena, leading to stovetops being able to do anything from stirring sauce to automatically adjusting heat.

A provisional patent and product name was filed with the U.S. Patent and Trademark Office in April 2013, and a full patent is currently being pursued.

Beginning with HexHeat, the company said it intends to establish a reputation for necessary innovation. Beyon Modern said it will continue its research in the field of interactive kitchen technologies and carefully develop a complete and secure technological architecture for smart home automation.

Specifically, Beyon Modern's vision for smart home technology is to incorporate wireless control into devices beyond smartphones and tablets and place it in everyday outerwear and accessories such as watches and bracelets.

These will be application-specific devices designed for comfort, low cost and low power. The company said it aims to exploit an area it calls "close proximity convenience." Any electronic device within a short distance - within 20-30 feet -- can be easily and intuitively controlled by a piece of clothing, jewelry or accessory that Beyon Modern either alters or fully develops.

The company said it is in the process of filing a provisional patent for a device architecture called "Flow" that will achieve these goals.

According to NextMarket Insights, the technology behind the smart home and home automation has existed for decades. But It is only now, however, that the high costs of these systems are becoming more affordable and the thought of having automated technology in the home is sounding less nerdy and more useful-- even classy.

With wireless technology becoming the norm, houses no longer have to be built from the ground up but rather wireless systems can be added to an existing home in small, comfortable portions. 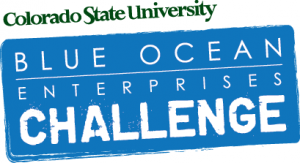