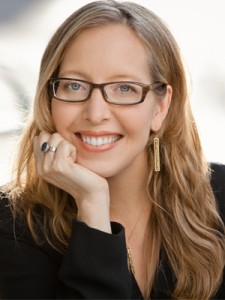 Does your organization have "baggage?" Or rather, mistakes from the past that individuals on your team insist on dredging up on a semi-regular basis?

And you ponder, why won't they let it go?

1)  Makes for an easy scapegoat when being held accountable

2) Great obstacle to avoid change - "We've already tried that and look at what happened."

3) The old guard wants to be recognized for their loyalty, strength and grit - for earning their stripes, for walking two miles through four feet of snow to get to the IT department. They have lived to tell to the tale. And they will tell it, over and over again.

4) The old guard wants to be recognized for having gotten the company to where it is today.

5) The past skeletons that continue to arise were never truly laid to rest.  They have not been forgiven, and thus will not be forgotten.

And this is deadly for an organization. If your employees continue to bring the past into the present, your future will look like the past. There will be very little progress. And Old School and New School will become more and more divided.

It's never too old. Nor is it ever too late. The baggage at hand could have been created 10 years ago. If it wasn't handled well and the aftermath acknowledged, it is still haunting your organization. And it still needs to be addressed.

So how do you get them to let go? With your whole team together...

1)  Describe the gory details of what happened. Really. Everyone already knows them - they want to know that YOU know them.

2) Do not explain why the issue was handled the way it was (this hasn't worked before and it's not going to work now.) It simply makes you appear defensive and sounds like an "I'm sorry but..."

3) Acknowledge the impact of the issue. While you're over it, they're not. So take this up a notch - the impact was deeper than you think and/or it's gained depth as the pain of time has continuously carved through the organization. Speak to how hard it was for everyone.

4) Genuinely apologize. If you were part of leadership when the issue was created, own the issue. If you weren't there, apologize on behalf of those who were in leadership at the time. It is much easier to forgive and forget when a genuine apology has been offered.

5) Recognize and thank those who went through it. Appreciate their contribution to where the company is today.

Then speak to the future in your next all-company meeting - do not tag this on to this one or it will feel like everything that came before wasn't genuine.

·        It's time to let go of the past and create a present and future everyone can be excited about.

·        Old mistakes will not be allowed to hold our organization back.

Then visually and meaningfully paint the picture of your vision. And then ask, with excitement, "Who's on board with me? Stand up." Pause and survey the room, making eye contact with each individual. Smiling the whole time at the exhilaration of seeing your team taking a stand for your organization's future success.*

*You might be thinking, what if they don't stand up? While there are no guarantees, every time I have made this recommendation, the entire team stands. There's a desire to belong and contribute to a better future.

And you will notice within weeks of the first meeting -- and days of the second meeting -- that your team is making progress rather than reveling in the past.

About the Author: Kris Boesch

Kris Boesch is CEO and founder of Choose People, a company that transforms company cultures, increases employee happiness and boosts the bottom-line. The Choose People 360° Culture Audit is based on over 1,000 hours of research Boesch conducted with a team of doctoral students in the Industrial Organizational Psychology Department at Colorado State University.  Prior to Choose People, Boesch was the CEO of Exodus Moving & Storage.  Under her leadership, Exodus became the largest mover in Northern Colorado with a turnover rate nearly 40% less than the industry average and a bottom line twice that same average.