While some industries are slow to change and others are changing rapidly, I had the opportunity to see an industry with 100 percent innovation in action last week at the Cannabis Capital Summit hosted by the Rockies Venture Club.

It's rare that an entirely new industry can be created in this day and age, and the legal pot businesses gives us insight about what hyper growth looks like when growing from "zero to sixty" in just a few years.

In this business, everything is new.

The result of this hyper growth is a lot of chaos and uncertainty. New businesses are springing up and working to establish themselves as leading brands in what is already a huge market. Ancillary businesses that serve cannabis growers and retailers range from grow management software, compliance and testing services, commodities exchanges, and a variety of "non-flower" products. Over the next few years, we'll likely see consolidation and dominance of a few bigger players while others will drop by the wayside. 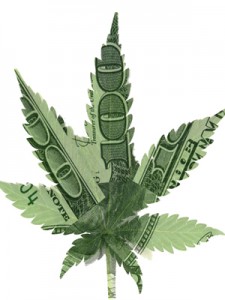 One type of company that is particularly risky in this fast-moving market is the company that solves a current, but presumably temporary, problem in the industry. An example of this is companies that are working to solve the problem of the lack of access to banking for cannabis businesses.

Since cannabis is still illegal under federal laws, there is no way for cannabis businesses to have bank accounts, cash checks, take credit cards, etc. Companies whose sole purpose is to solve this problem will fade away once legislation opens up the banking system to the industry (or if future governments elect to enforce the laws and attempt to shut down the industry - an unlikely outcome).

Investors in cannabis are excited about all the innovation and are snapping up equity investments in early-stage companies at a startling rate. I've seen deals that would have taken months for a great technology team to close get done in just a few days by relatively inexperienced cannabis businesses without any track record.

Investors need to look at three things in this business: 1) The opportunities in investing in cannabis, 2) the potential risks, 3) the special circumstances of investing in a totally new industry and the different set of "rules" that seem to apply to investments we're seeing.

Money is chasing cannabis deals for a good reason -- there is a lot of opportunity for huge returns, sometimes in a very short period of time.

Investors know that if they can get in on the early stages of tomorrow's huge brands, there will be significant profits to be made. Imagine if you could have been an early investor in Coke, Budweiser or Apple. The winners in the battle for brand dominance will be worth billions.  Figuring out who those brands are is another challenge - so many investors spread their risks by investing in many companies.

The opportunities in the cannabis industry remind me of the opportunities everyone saw with the Internet in the late '90s.  Companies were going public with little more than a domain name and a landing page and getting millions of dollars in equity investment.  Some grew to be major Internet retailers like Amazon.com, while others like Etoys.com fell off the map.

We all know that the dot-com bubble hit and took out the weaker companies, but the strongest ones continue to grow even today. If there will be a cannabis bubble in the next few years, there will also be winners and losers.

Technical innovation in the cannabis industry has been truly amazing.  Marijuana-based products no longer bear any resemblance to the plants from which they were extracted. Various methods are used for extracting high-potency oils and waxes from cannabis plants that are then either smoked as "dabs" or further processed into edibles -- "shatter" -- and other forms.

Technical innovation is also occurring in genetic identification of which strains produce the various cannabinoids that are known to produce beneficial medical results. At this point, reliable testing for THC, cannabinoids and other substances in pot is slow, expensive and not highly accurate. The result is that a user has no idea whether the cannabis product they're using has a high, medium or low potency.

Imagine if you were given a drink and you had no idea whether it had the impact of beer or Everclear - the results could be disastrous.  Technical innovation will quickly bring reasonable measurement and consistency to the industry.

Investors see risks in cannabis deals that add an entirely new dimension to the risks that are already inherent in early-stage deals. Not only do investors need to worry about execution, technology, market and execution risks, they also need to consider regulatory risks and the future of legalization.

Not only could the industry dry up if government laws were enforced, but investors could potentially face charges for aiding and abetting a felony, money laundering or racketeering. While these charges are unlikely, especially for those who invest in ancillary businesses, anything is possible.

At this point, nobody has more than a few years' experience in the cannabis industry. This is a challenge when the No. 1 criteria that investors look at is the team and their experience.

It has been fascinating to spend the last couple of months learning about this industry, meeting the people and watching innovation in action with new twists and turns occurring on a near-daily basis.

It’s time we reflect on what really matters, as a system of forward-thinking, conscious humanity