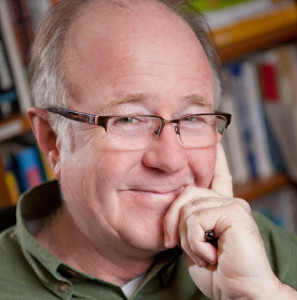 Neanderthal men and women lived 200,000 years ago to disappearing from the Earth just 30,000 years ago - about the time modern humans appeared. There are lots of theories why he/she became extinct, but that is not the focus of this post.

Rather, it is the startling similarities between the two species that I will use to illustrate how we haven't changed much since that species left the Earth and how we still have the capacity to act like them, often at very inappropriate times.

Specifically, here's how we are alike in physiology; the Neanderthal brain was equal to or in some cases, 20% larger than the average size of a modern human's brain, and anatomically identical. He/she also had the areas of the brain responsible for complex thought that were just as advanced as ours; logically he/she should have had the ability to think like us. There is some evidence, too, that they had the ability to talk.

Physically, they looked similar to us, too; albeit they were shorter in stature and more powerful through the chest, pelvis, and the arms. Their muscle structure was more developed than ours, which added to their adaptation in being able to survive during the last Ice Age on this planet.

At the top of the brain stem, sits an area of the brain called the Amygdala. This is the part of our limbic system that we share directly with our ancient relatives, Neanderthal Man. Its function is simple; it is the section of the brain that is responsible for instinctual behavior like, making snap judgments, lust, detecting fear, and preparing for emergency events.

In the case of our predecessors, it was a particularly useful part of the brain, as there were very real and present dangers from man and beast in the time when they lived.

Today, the reptilian part of our brain works with the other two areas of the brain; mostly in conflict, but sometimes in concert. In layman's language, in addition to the lizard part, we also have the dog brain and the human brain. Put simply, the 'lizard' (reptilian) brain is moved to lust, the 'dog' (limbic) brain is moved to love and loyalty, and the 'human' (neocortex) brain is moved to the idea of romance and a dream of ethics.

What does the Lizard Brain look like in everyday life?

It's that moment when someone walks into a room, and based on their appearance we receive an internal warning that might say 'beware' or 'I don't trust her'. All based on appearance. This is called judgment, too; judgment that happens on a barely conscious level. This is the Lizard Brain at work. The Lizard Brain is concerned with survival. It's our old brain. Evolutionists will tell you that we've had it since we were lizards. The Lizard Brain's reaction to everything, if it has one at all, is limited to the following...eat, attack, run away, or mate. In today's modern world our survival isn't so threatened on a daily basis as it was in our ancient relative's time, so the lizard in all of us is less important.

What does a survival-focused Lizard Brain do?

It adapts. Popular wisdom says if you poll a room for people's greatest fears, the first will be speaking in public and the second will be fear of death. This phenomenon is not lost on the Lizard Brain. Concerned with its own survival, the Lizard Brain has adopted a role as counselor for our social survival. It remembers when we 'crashed and burned' in a social situation. It remembers the teacher who singled us out and made us look foolish in front of the class. But the Lizard Brain is not known for its finesse. In the Lizard Brain's world, things are pretty black and white, and never our fault. This makes it a poor teacher for the colorful richness of human relationships.

How do we tame the Lizard Brain in the workplace?

By suspending judgment and avoiding making snap judgments! What do I mean by judgment? One type of judgment is using our intellect to assess an idea after we have gathered facts and information. Our neo-cortex, that 'modern' part of the human brain that lower species don't have, sifts through the data, draws on our experience, perhaps performs some calculations, and we make an assessment. We reason consciously. Because this process is conscious it's easier to control and to turn off and on.

At an Executive Team Meeting at a client's office, the new VP of Customer Engagement throws out an idea to improve customer service. The COO's Lizard Brain interprets this as criticism. (He will have to change, and maybe he'll fail.) He attacks. He points out that something similar was attempted before, but didn't work because it confused people and increased costs. Then the boss asks the new VP what he would do to mitigate these issues. (The new VP hasn't considered this yet, and is caught off guard.) He looks foolish.

The sum of the meeting. The new VP's Lizard Brain will warn him not to speak up the next time he has a new idea. The COO was rewarded for his attack and that reinforced behavior will rear its head again. The new idea is shot down and the old hand gets points for stomping change. Neither of these contributes to a creative and productive environment.

The ability to suspend judgment, especially the 'barely conscious' reactions presented by the Lizard Brain, is an important first step in transforming any environment in a positive way.

About the Author: Steve Marshall

With over 35 years' experience in revenue and organizational development, strategic planning, leadership coordination, and managing change, Steve comes to the table with real-world skills and deep insight.

To Steve, living has been all about the experience – lots of them in the military, adrenaline sports, education and the health care world. Coupled with his lifelong curiosity about most things that he doesn’t know, Steve feels uniquely qualified to comment and ask lots of questions. His quest is to make things the best they can be, to see more people tap their untapped potential, and to create workplace environments where all that can happen.

Steve enjoys life to the fullest, with his wife, two children and two Golden Retrievers. He served on numerous boards in Washington and Colorado, assisted in the creation of the Fort Collins Bicycle Retailers Alliance and is thrilled to see Fort Collins become the 4th City in the nation to achieve Platinum designation as a Bicycle Friendly City from the League of American Bicyclists.

Why be a victim of superficiality? Super is better & success follows shared significance we all earn.

Stakeholder values & 100% transparency establish who is worthy or not. Success follows earned relevance.