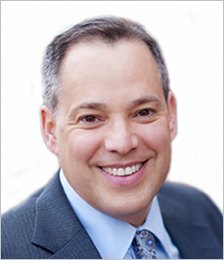 During its prior term, the House of Representatives passed a bill called the "Innovation Act," (H.R. 3309), which was aimed at addressing abusive patent litigation. Specifically, the bill was designed to curb so-called patent trolls. One of the main provisions of the Innovation Act included changing the default position regarding attorney fees from one in which both parties pay their own to one in which the non-prevailing party must pay for the prevailing party's attorney fees.

Despite the Senate's initial attempt to pass its own version of patent reform, Senate Judiciary Committee Chairman Patrick Leahy (D-VT.) yanked its bill from the panel's legislative agenda last May, thereby dealing a fatal blow to patent reform from the prior congress. The patent reform bill was allegedly removed from the Senate's agenda due to lack of bipartisan support--purportedly a lack of Democratic backing. This is in stark contrast to the House of Representatives, which passed the previous Innovation Act by a vote of 325-91.

On February 12, 2015, the House Intellectual Property Subcommittee held a hearing entitled "Examining Recent Supreme Court Cases in the Patent Arena." One industry representative's testimony included a recognition that the Supreme Court, during 2014, had taken some steps to address abuses, but courts are unable to correct certain challenges to restore balance between plaintiffs and defendants in patent cases. Another industry representative testified that new legislation should require an award of attorney fees to a prevailing party in every case unless the position and conduct of the non-prevailing party was objectively reasonable and substantially justified.

With the introduction of the Republican-controlled 114th U.S. Congress in January of this year, the new Innovation Act may have a better chance of passing the Senate, if introduced. The progress of patent reform legislation during 2015 in both the House of Representatives and Senate is worth watching because the prior Innovation Act was rumored to have been supported by the White House. And if the new Innovation Act is enacted with the currently proposed fee shifting provision, this could mark a major turning point for patent litigation. And some fear that both Republicans and Democrats have not spent enough time determining whether such legislation is necessary, useful, or effective.

In the meantime, the district courts, as well as the Court of Appeals for the Federal Circuit, which is the appellate court for all patent cases, will continue to apply the current fee-shifting analysis. The current default regarding attorney fees is that each party pays its own attorney fees in litigation, unless the case is "exceptional." If the case is exceptional, the court may award reasonable attorney fees to the prevailing party (35 U.S.C § 285). In Octane Fitness, which was decided in 2014, the Supreme Court unanimously held that an exceptional case "is simply one that stands out from others with respect to the substantive strength of a party's litigating position (considering both the governing law and the facts of the case) or the unreasonable manner in which the case was litigated." The Supreme Court stressed that a district court should use its discretion and determine whether a case is exceptional on a case-by-case basis considering the totality of the circumstances. It has only been about a year since the Supreme Court decided Octane Fitness, and the lower courts are beginning to implement the new exceptional standard.

Time will tell whether Congress will allow the Supreme Court's recent fee-shifting precedent to develop or whether it believes ground-breaking legislation is warranted.