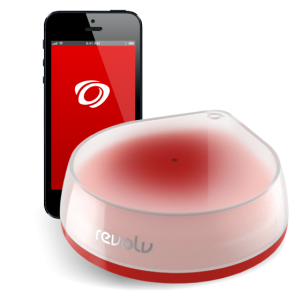 BOULDER - Who wants to come home to a dark, cold, unwelcoming house after a hard day at work?

With some nifty new technology from Boulder-based Revolv, you don't have to. In fact, the place can be warm, custom-lighted and filled with soothing music before you even walk through your just-remotely-unlocked door.

With the company's app installed in your smartphone and an  intelligent hub installed on your home's WiFi, coming home is about to become more enjoyable than ever.

And it's all thanks to that wonder of wonders: the smartphone.

"The smartphone is really an intelligent computer and it's constantly communicating with all kinds of things," said Mike Soucie, one of Revolv's three co-founders along with Jeff Mathews and Lee Taylor.

"I could see they were on the cutting-edge of creating technology to control our physical world with our smartphones," he said. 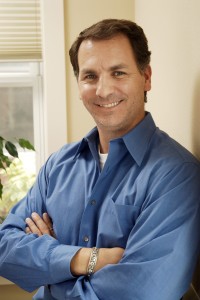 "Once we got into TechStars, they said you're going to be surrounded by investors and serial entrepreneurs that can help you create a solution that can change the world," he said. "TechStars said go big and really challenged us to expand our thinking."

Revolv also got something else from its TechStars experience: Mentor Tim Enwall was hired to be the company's CEO. Enwall is a serial entrepreneur and most recently CEO of Tendril.

With the GPS location system in most smartphones and some proprietary technology, Revolv aims to converge control of all of the well-known brand-named wireless devices now coming into our lives into one customized application.

It's based on the "Internet of Things" concept, which holds that individual things, including wireless devices, can be connected into addressable intelligent systems.

But with Revolv, everything can be brought under the control of one hub and one smartphone app that's connected to the cloud.

"We're all about unifying and simplifying the consumer experience," Soucie said. "All they need to know is if they have WiFi they can use Revolv, with all those devices under one umbrella."

With Revolv's "LifeStories" feature, users can customize a set-up that automatically controls a set of devices around their own unique lifestyle -- without needing to open up the app at all -- and device automation just happens as users move about in their daily routine. More devices can be added to the program as the user adds them to his or her home.

"The nature of our system is you can add to it whenever you like," said Soucie. "It's really customizing smart home automation around you and your lifestyle."

Another LifeStory example is called "Date Night," which offers a more specialized remote control experience: A pre-warmed cozy house, soft lighting, soothing music - everything to pre-set the mood for a romantic evening.

"We just sat around brainstorming about all the possibilities," Soucie said. "We're still trying to figure out how people are going to use this."

Custom-built homes can be wired to do much of the same things as Revolv, but Soucie notes that can add thousands to tens of thousands of dollars to a home's price.

Revolv plans to charge $199 for the wireless radio hub and smart phone application and an additional $100 for a lifetime service plan. Soucie said he expects innovation early adopters to be his first customers.

Soucie said the company recently closed on a $2.7 million round of funding led by The Foundry Group and is currently in alpha testing of the product, which is expected to be ready for release in the fall.