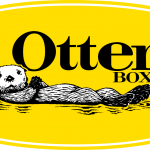 The Fort Collins-based company announced it is releasing two cases that offer protection to the HTC One X smartphone, the Defender Series and the Commuter Series.

The Defender Series for HTC One X includes a holster-style swivel belt clip for convenient carrying.

"These devices are setting new standards for what a smartphone is capable of," said Curt Richardson, OtterBox founder and CEO. "OtterBox is innovating alongside them. Our cases have established an unreachable benchmark in the accessory industry. We are known globally as the provider of tech protection.

For more information on the OtterBox Defender and Commuter Series cases, visit www.otterbox.com.