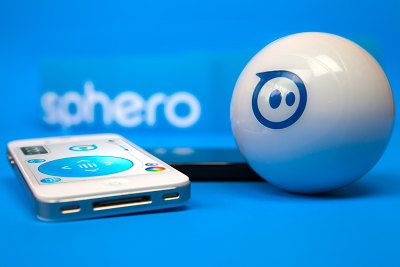 BOULDER -- It has entertained President Obama, danced to Christmas music in downtown Manhattan and been dissected by the tech nerds at HowStuffWorks.

This Christmas, Sphero - a smartphone-controlled ball developed by Boulder-based startup Orbotix - will hit the app-crazed tech market in full force after nearly three years in development.

Sphero is a diabolically simple cross between modern and old-school entertainment. The concept is essentially the same as a bat and a ball, except the bat can be any device with Bluetooth capabilities (it currently supports Android and iOS systems) and the ball costs roughly $130.

During a recent demonstration at Union Square in New York City, the company's marketing team put together a holiday-themed demonstration to give a glimpse of Sphero's potential.

The balls performed choreographed movements to the music of Trans-Siberian Orchestra, and like an elaborately-lit home, they glowed in rhythm to the pulsing guitars and reverberating bells.

For Orbotix's nerdy, robot-obsessed founders, Adam Wilson and Ian Bernstein, that sense of ebullient fun has always been part of the Sphero project. 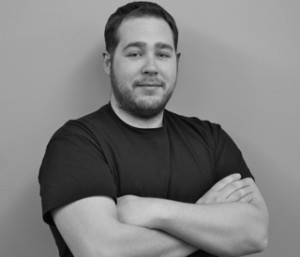 The twenty-somethings were pegged almost straight out of college as promising prospects for Boulder's enormously successful accelerator TechStars. Over the course of three months, the group provides tech startups with $18,000 in seed money and other perks - the average funding comes closer to $1.5 million - and includes mentors like Twitter Chief Operating Officer Dick Costolo.

At a development meeting with Brad Feld, a TechStars mentor and managing director for the venture capital firm Foundry Group, Wilson and Bernstein gave a product pitch that struck Feld as passionate, obsessive and succinct - even if it was almost by accident.

"Brad, it's a robotic ball you control with your smartphone," Feld remembers Wilson saying at the meeting. "How cool is that?"

Feld was immediately impressed by Wilson's simple response, and claims their youthful passion for the project made typical accelerator questions like "What's the market?" and "Who is the customer?" seem almost moot. Foundry Group became Orbotix's largest first-round financial backer, contributing nearly $750,000 of the initial $1.1 million raised by Wilson and Bernstein.

"I'm a big believer in investing in people who are obsessed about the product they are creating as long as it fits within one of our themes," Feld said, noting his firm seeks out startups with a unique mix of human-and-computer interaction. "In the case of Orbotix, we believed that there were enormous market opportunities to pursue around a robotic ball controlled with a smartphone." 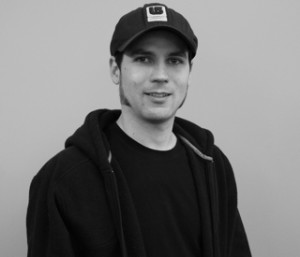 More than a dancing ball

At first glance, Sphero looks and feels no different than a lacrosse ball with multi-colored guts. But those guts make all the difference: Inside is an ingenious mix of lights, gyroscopes, counterweights, rubber wheels and an accelerometer.

Kristen Hall-Geisler of HowStuffWorks describes it as a Segway scooter shrunk to miniature proportions and built sturdy enough to take any beating the user dishes out, whether it's a drop from 25 feet or the claws of a house cat.

Orbotix touts Sphero as a nearly indestructible gadget - the casing is made of the same material as Nalgene water bottles - and one aspect of its vast, multi-faceted marketing plan includes pet-minded apps like a run-and-fetch game. Of course, the Internet has already exploded with videos of the ball terrorizing tabbies.

Even though the online community has known about Sphero since it was first teased in late 2010, the eye-catching display in Manhattan caused renewed buzz on tech blogs like CNET and Mashable. At first, tastemakers questioned if the product was worth the admittedly steep price tag. After the novelty of remotely rolling a ball around your house wears off, what comes next?

Rather than offer a simple diversion like Angry Birds or Farmville - mobile games played entirely in virtual space - the Orbotix team approached Sphero as an entirely new videogame system, albeit one with the mobility of smartphone or tablet.

The company has added more than 20 free apps since the product hit the market last Christmas, including an admirable selection of games inspired by motion-control platforms like the Nintendo Wii and PlayStation Move.

Now backed by nearly 35 app developers and marketing specialists, Wilson and Bernstein purposely waited until all of Sphero's pieces were in place to plug it as a go-to toy for gadget lovers, and the product is now available from nearly 3,000 retailers such as Amazon and Apple.

In coming months, outside developers and new games - including driving simulators like the one President Obama tried in April - will hopefully raise the product's nerd appeal.

"There's an app for everyone," says Whitney James, a marketing representative with Orbotix. "We even have third-party developers making sportier games like Sphero H20, which is played with teams in the pool. We're not done, either - we have a new app coming before the holidays and can't wait to dive deeper into (augmented reality games) next year."

As James alludes to, Orbotix sees "augmented reality" games as Sphero's most promising market. Despite the unwieldy sci-fi name, these apps are rather simple.

Take Sharky the Beaver, an in-house game built to showcase the possibilities of augmented reality. After opening the game, the ball is shown as a miniature beaver on the screen while the device camera captures the rest of the world normally. The little critter can run around cones, romp in the grass or, yes, even dance to Christmas music.

"With so much potential, Sphero is our focus," James says. "We haven't even scratched the surface of what's possible to build with this robot, both with the technology and games, and our team looks forward to continuing to 'evolve the ball' for some time to come."