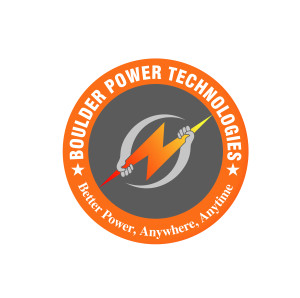 BOULDER -- Recent advances in lithium-ion battery technology are giving rise to a number of new products and industries. Electric cars may be the most visible, but different applications come along almost daily.

And one of the latest has just been introduced by a Boulder-based startup that plans to revolutionize the portable power market. The PowerTap 2000 is the debut product from Boulder Power Technologies.

"We're looking to displace noisy, messy gas-powered generators," Chief Commercial Officer Rod Ruble explains. "And we feel that a zero-emissions, zero-noise power source that's easy to use and recharge is very well-positioned to compete in that market."

Basically, the PowerTap 2000 is comparable, in terms of energy output, to a 2,000-watt generator. The company says the device will provide 7 to 10 hours of consistent power, depending on specific usage, for various applications such as construction, running sound equipment, outdoor lighting, even powering food trucks and recreational vehicles.

But Ruble says that's where the similarities end, citing "significant advantages" to his firm's product. For one, no emissions mean it's safe to use indoors. "And you have to be careful with gas-powered generators because if there's any fluctuation in output, it could effect sensitive electronics like your laptop or your phone, but you don't run into those types of problems with this product," he says.

Efficiency is another factor where Boulder Power Technologies claims superiority. "Every time you go to refuel your gas-powered generator it's costing you more than two dollars a gallon, so those operational costs can build up quickly. Whereas, with the PowerTap 2000, you plug it into your wall and just about an hour later it's completely charged and ready to go."

And with annual recharging costs estimated at only around $50, the firm's research suggests that efficiency will help to offset the additional cost of the unit - currently priced at $3,499 compared to about $2,000 for a similar-sized generator.

"Even though you might pay a premium on the front-end, the operational costs are pennies compared to dollars, so most of the projections we've seen show that within 12 months you've already made up the total difference and after that you're actually saving money because of the efficiency."

What's more, the PowerTap 2000 should out-live the competition. "From the research we've gathered, the average gas-powered generator only has a two and a half to three year life expectancy, especially in heavy-usage situations," says Ruble.

"But the PowerTap 2000 we feel like will very easily have a five-year lifespan to it because it can tolerate thousands of actual charges and discharges...there are no moving parts inside, there's nothing to wear out, nothing to break."

What is inside is the latest in lithium-ion technology - high-quality power cells that recharge quickly and provide a stable source of energy for everything from cell phones to electric vehicles. And the firm hopes consumers will make the connection. "One of our guys was joking the other day, saying we want to be known as the Tesla Motors of portable power."

Access to that technology is part of the reason why the company chose to locate in Boulder. "It's a great environment for clean tech - there's a lot of synergy that can be developed with partner firms, and there's a lot of expertise in the Boulder area that you can reach out to."

And yet it was more than simply a 'business' decision, according to Ruble.

"There's an emphasis on being environmentally friendly and people-friendly, and that's a real focus for the company, to come up with portable power solutions that are clean and efficient, but also easy to use and really support the lifestyle that people in this area are wanting, so for recreational and outdoor use it's really well-targeted and well-positioned for that. So it's very fitting, with the environment in Boulder, that this type of company be located here."

Boulder Power Technologies has more products in the developmental stage, but isn't ready to divulge much more than that just yet. "When you look at the generator market, there's plenty of room for different product offerings at higher power levels," Ruble explains.

"For example, heavy construction applications would require more than a 2,000- watt generator, they might need a 15,000-watt generator, so we'll be specifically targeting different markets that have unique power requirements for future products."

And with portable power estimated to be about a billion-dollar-a-year industry, there should be plenty of opportunities.

The company marked its official launch on March 18 with a limited roll-out in Colorado and expects to introduce the PowerTap 2000 nationally by early summer.