LOVELAND -- It’s not easy to find the perfect developer for your startup’s software application, and hooking up with the wrong one can end up wasting thousands of dollars and potentially ruin the chances of making the app a market success.

That was the basic message of “Finding the Right Developer for Your App,” a panel presentation on Thursday during Loveland Startup Week, which runs through Saturday. 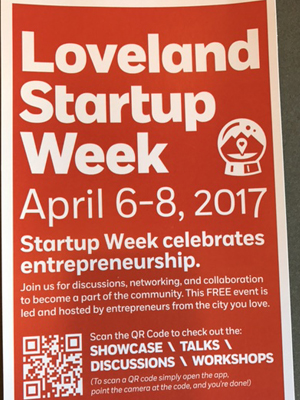 Both the startup owners and software developers agreed that a trusting relationship is key to a successful app development.

“I think communication is incredibly important,” said Bounds. “Having a really open door policy -- where you can come in and communicate your concerns -- is what you want.”

Lackey said he tried three software developers before finding the right one. And that journey was torture, he said.

“I would go for weeks without getting a response from them,” he said of the first two developers. “They would go on and on and never meet a deadline. I went for 18 months for an app that should have taken three.”

The best developers hold regular meetings with their clients, keeping them in the loop and letting them know exactly how much they were being charged.

Bristol said Rocket Jones has specific policies that keep clients constantly informed of their progress while developing an app.

“We do a master service agreement, and it’s consistent across all of our clients,” he said.

“We can also do fixed-bid contracts for people. The reason we can do that is we do the planning process upfront so we (all) know what it will be.”

Having an attorney help with a contract to develop an app is also a good idea, panel members said.

“Owning your (software) code is something you want to know upfront,” said Lackey.

He said having a lawyer on your team also can avoid expensive, unexplained charges.

“When you start getting bills for things and it’s nearly for the amount of the contract, that’s not good.”

Panel members also agreed that working with a small, local developer is usually the best way to go.

“I think smaller is better,” said Bounds. “It’s easier for them to adjust and they’re more accessible.”

Lackey said he was glad he eventually found Rocket Jones to develop his app.

“I like them because if I can’t reach someone right away, they’ll call me back later in the day,” he said.

“I feel like they’re genuine. Because not being able to reach your developer and they don’t call back – that’s a real red flag.”

Panel members said choosing a developer based solely on cost can be a tricky proposition, with finished apps running from a few hundred dollars to several thousands.

“Realize it’s not cheap, but cheap is relative.”

Now in its second year, Loveland Startup Week is featuring dozens of free panels, presentations and networking opportunities to celebrate the city’s tech and artistic communities.