FORT COLLINS -- Former Colorado Gov. Bill Ritter will host a brief discussion on his new book,  Powering Forward: What Everyone Should Know About America's Energy Revolution,  on April 6, 4-6 p.m., in the Lory Student Center North Ballroom on the Colorado State University campus. 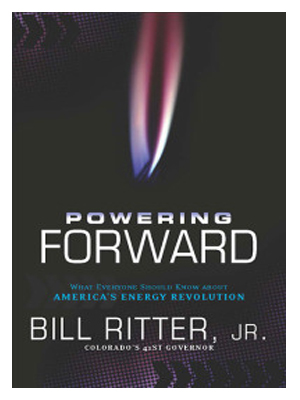 The event is free and open to the public.

Ritter, now director of CSU's Center for the New Energy Economy, part of the CSU Energy Institute, will sign books following the discussion.

The CSU Bookstore will sell books at the event. Ritter is splitting book royalties with the CSU Foundation.

As governor, Ritter helped establish Colorado as a national and international leader in clean energy. In the book, Ritter discusses how sunlight and other sustainable resources are now the fastest-growing sources of energy in the U.S. and worldwide.

At an increasing clip, communities are switching to 100 percent renewable energy, and climate change is one of the biggest issues in the 2016 election.

Ritter said the urgent need to prevent climate change is causing people around the planet to question their reliance on carbon-intensive coal and oil.