BOULDER -- Angel investors need to do more to raise their visibility profile and improve the relationships with the startups they invest in. 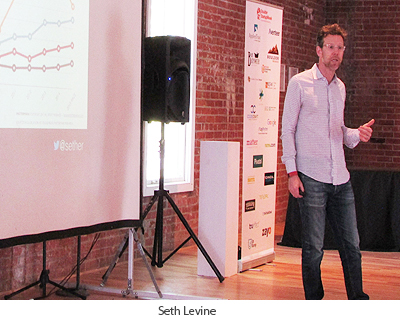 Seth Levine, co-founder of Boulder-based investment firm Foundry Group, on Thursday told a full room of investors and startup entrepreneurs that Colorado angel investors must make themselves more visible and let startups know how much they’re willing to invest in them.

“You need to let entrepreneurs know what your bite-size is,” Levine said.

Levine’s talk, “Let’s Get Real About Angel Investing in Colorado,” was one of more than a dozen presentations, panels and workshops held Thursday during the fourth day of the sixth annual Boulder Startup Week.

Boulder’s Startup Week was founded in 2011, and since then several other cities – including Denver, Fort Collins, Longmont, Colorado Springs and this year Loveland – have created their own Startup Weeks to celebrate their local startup scenes.

“Having a robust angel investment system is critical,” he said.

Each year, Colorado startups and more established companies receive about $600 million in total investment, with most of it coming from out-of-state investors.

Levine said most of the in-state investment comes from angel investors – independently wealthy individuals and groups who are willing to risk their financial resources on promising companies.

Levine said angel investing in Colorado steadily climbed following the Great Recession of 2009-2011, but began to drop off in 2014 and 2015.

Levine said Foundry Group decided in December 2013 to form an investment group syndicate to attempt to pump up that angel investor ecosystem.

Over two years, Levine said 66 deals were made with 582 people investing with the syndicate, Foundry Group Angels. A total of $16.49 million was raised through the syndicate, he said.

“This was an easy way to invest in deals that had been at least partially vetted by us,” said Levine. “This was a new (investor) model.” 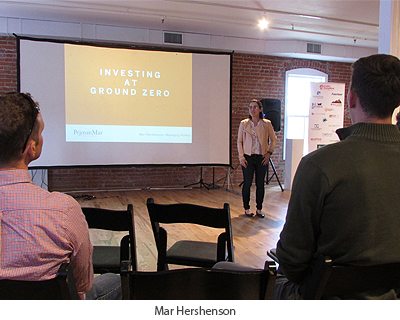 The result of the effort was 22 percent of the 66 businesses funded failed within those two years, while 15-20 percent went on to raise more money and the rest are still operating on the money that was raised or have been sold.

Levine said the experience showed Foundry Group that typical angel investors were older white males who often did not respect startup entrepreneurs’ time, were hard to find and were not putting entrepreneurs’ needs first.

“There’s been a long history of angels trying to coalesce in Colorado,” Levine said. “As an ecosystem, we can do better.”

Investing was also the topic of Mar Hershenson’s talk, “Investing At Ground Zero,” which examined an investor’s view of committing money to brand-new startups that might not even have a product yet.

Hershenson, a managing partner at PejmanMar Ventures in Palo Alto, said “most companies start at zero” with only an idea and nothing else to show.

Hershenson noted the examples of Google and AirBnB, highly successful companies that had no revenue and little more than an idea when they started.

But they were able to prove themselves in the marketplace and began to attract interest from investors.

“If you have nothing, do something,” she said. “That’s the best advice I can give you.”

Hershenson said startups should first know themselves, their product, have a strong team and a specific plan in place before they seek funding.

“The secret of successful companies is to not go out immediately and raise money as soon as they have an idea,” she said. “Raising a ton of money is not the right answer for a majority of people.”

Hershenson said startups with great ideas should not be worried about accessing investor funds.

“There’s still a ton of money out there – lots of investors and not that many great entrepreneurs,” she said.

Thursday’s lineup also included a presentation on “The Future of Tech: The World in 2026,” which included a talk by Zooko Wilcox on the future of cryptocurrency. 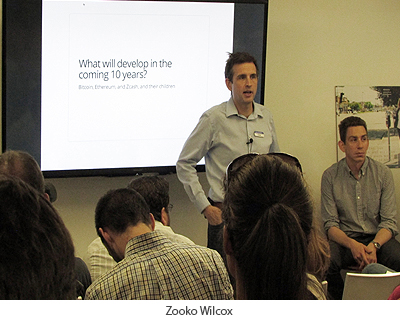 Wilcox is the founder and CEO of Zcash, a cryoptocurrency company that’s attempting to become the next Bitcoin but without its traceability for truly private financial interactions.

“Bitcoin is not private,” he said. “In order to have an open, permission-less financial system we need another step.”

Wilcox said it’s important to have an alternative financial system in the future to stimulate economic activity and avoid catastrophic financial breakdowns.

“You can continue to have a financial system even if a country’s currency collapses,” he said.

Wilcox said Zcash will be launching its genesis block in September.

Boulder Startup Week will conclude today with presentations on the “Future of Wearables,” “The Tech Stack for Startup Investors” and “How to Pitch Your Company,” among others.