Startups raising angel capital should follow this rule when raising capital: “Raise as much as you can AND as little as you can."

Building your fundraising strategy is not a random act of picking a number then trying to raise it – rather, it’s a key part of your overall funding strategy and your failure to get it right (either too much or too little) can destroy your company’s chances for success. 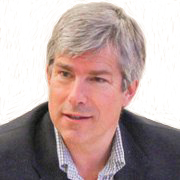 Raise as much as you can

As much as you can raise is typically going to be “the amount of money that can get your company to the milestones needed to raise the next round” or to be cash flow positive. So, when figuring out how much you need to raise now, you’re going to have to break out your proforma and make sure you’ve done your homework.

How much do you need to be fundable at the next round? Ask your VCs what they’re looking for. What kind of traction do they want? Typically, it’s good to have a run-rate of something like $1 million, which would be $83,333 per month in revenue. VCs all have different criteria, and since you should have already been meeting with them 6-12 months before you’re ready for VC money, you should have a good idea of what they’re looking for.

“As much as you can raise” will be the amount that gets you to the next round, with some kind of buffer so that if you don’t get from here to there in a straight line, you can pay for making a few mistakes (learning moments) along the way. You may think that raising less money is easier, but in many cases, it’s not.

Smart investors know that if you don’t raise enough capital, you’re building yourself a bridge to nowhere and they don’t want to be a part of a plan to run out of cash at a time when you won’t be positioned to raise more.

Raise as little as you can

Some companies figure out how much money they need to get to their exit or cash flow positive and try to raise it all in one round. This can be a HUGE mistake. When you’re raising your first round, your company has a relatively low valuation and every dollar will suck big chunks out of your limited equity in the company. Luckily, the real world typically intervenes and you won’t be able to raise that amount of money because it will probably be several times more than what your company is worth.

If you raise too much, you might end up giving up 50-75 percent of your equity and you won’t have enough to support raising future capital rounds. Try to hit something in the 15-30 percent range for equity on each round and you should be able to raise what you need.

If you can grow your company without angel or VC money, you should strongly consider doing so. Fast growth companies, though, will require capital infusions because “cash = speed.” If you need to grow fast, you’ll need the capital to get there. Most companies that want to grow big know that raising capital is how they are going to get there.

Raising the smallest amount of capital you can in increments makes sense since you sell only as much of your company as you need to buy 12-24 months of runway, which is usually what it takes to build the traction you need to demonstrate your ability to overcome technology and market risk and convince a VC to invest in taking your company to the next level.

Your investors shouldn’t dictate your finance strategy, i.e., if you can’t raise much you have a small raise and if you raise a ton, you have a big raise. Smart founders will figure out just how much they need to get themselves to the next milestone and have a little buffer to make sure they make it all the way.

Some founders and accelerators make this sound impossible or like it’s rocket science, but it’s not hard – it just takes a little work to understand where you’re going and how much it will cost to get there.

Peter has it exactly right. I would add, however, that the concept of milestones is important. It is worthwhile to plot forward the succession of milestones to be achieved to the investors' exit and then think about how much capital will be needed to get to each milestone from the last. Milestones achieved mean company value has increased and in theory if more money is needed then less equity needs to be sold to raise it. It is tough to miss a milestone or to be caught between milestones without enough capital to reach the next one. The cost of capital in those situations can be quite high compared to an entrepreneur's earlier expectations..