The world is currently undergoing a massive demographic shift, with over half of all newborn babies born in six countries – Angola, Congo, Ethiopia, Nigeria, Tanzania, and Pakistan.

First-world countries, with their ambitious lifestyles, are far less interested in the labor intensive, burdensome, and expensive path of child-rearing, and with easy access to birth control, it often becomes an obvious no! 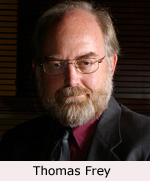 Modern pressures on highways, power, water, and waste reinforce a belief that population growth is a problem. Blamed for crowded restaurants, brownouts, urban sprawl and other irritants of modern life, the popular refrain is that we have too many people with too few resources.

While some of us may conjure up images of huge populations of starving people left to fend for themselves in the squalors of war-torn villages, the true human potential is a radically different story.

Every problem we face today has a potential solution ready to percolate to the top in the mind of a soon-to-be-born child somewhere in the world. Location shouldn’t matter.

Asking the toughest of tough questions

If we step back and take a macro view of our world and the myriad of trends fashioning it, I find the most interesting questions coming from the following unanswerable questions that no one seems to be asking:

This is a question we should be asking every day? But we don’t even have a well-accepted definition for what constitutes a genius. Every modern-day Picassos, Galileos, Beethovens, Van Goghs, Archimedes, and DaVincis will require a radically different measuring stick to assess the depth and value of their true talent.

Sadly, we have no existing way of measuring genius-potential when a baby is born. Realistically, we should be tracking it back to the point of conception since many factors surrounding a pregnancy will also determine later life potential.

Since much of our potential in life stems from the struggles, setbacks, and rigors of our upbringing, it’s hard to imagine creating a set of optimal circumstances and what those results might look like.

Is every baby conceived with genius potential, and everything that happens in life simply a subtraction process from day-one perfection? In a perfect world, how close could we come to 100%?

If there are people currently working on this set of problems, I’m not aware of them. Somewhere in this line of thinking would appear to be an approach that can unlock an elevated plateau for all humanity. Shouldn’t this be our top priority for the entire world?

How many cures for cancer, hemorrhagic fever, diabetes, meningitis, rabies, smallpox, plague, HIV/AIDS, cholera, tuberculosis, and ebola never got discovered because the people with answers were never born?

Are people the problem or the solution? Can we create better and more consistent geniuses in smaller batches? It’s easy to get trapped into using the age-old top-down approach to thinking this through. But I’m fairly certain that we will never find the answers simply by having someone crown themselves king and demanding we see the world through their eyes.

That’s an easy no! This set of questions is simply a starting point for far more sophisticated questions that are sure to follow. The real goal should be finding the right questions before we even think about answers!

Over the coming years we will undoubtedly be working with promising technologies capable of boosting our genius-quotient. One question I love to ask is, “How will the world change when we can focus a million times more computing power on a particular problem?”

As humans, do we have a mandate to colonize other worlds? Many people believe this to be true. The number of humans that currently live in other corners of the universe equals zero. Different gravities, food supplies, atmospheric compositions, radiation levels, and a myriad of other conditions means that we will never encounter other “humans” as we explore the universe, and the likelihood of encountering “human-like” beings is extremely remote. Are we then destined to become the colonizers of new worlds, and who are the geniuses that will take us there?

Born in 1891, David Sarnoff, best known for his years as the heavy-handed CEO of RCA, left a trail of technological carnage in his wake as he went to great lengths to cement his grasp on power in the broadcast industry.

While the famed TV inventor, Philo Farnsworth, patented his first television in 1927, it would be decades of court battles with Sarnoff and RCA that delayed the introduction of television for over 25 years. At one point, Sarnoff even claimed he was the inventor of television, reducing Farnsworth to a fraction of his boyhood genius in the process.

A similar story unfolded when Edwin Armstrong invented FM radio and pitched it to Sarnoff in 1948. After seven years of exhaustive court battles, Armstrong simply gave up and jumped out of his 13th floor apartment, committing suicide in 1954.

Sarnoff was a ruthless businessman and master manipulator who would go to great lengths to preserve his base of power. To be sure, every industry has a puppet-master like David Sarnoff controlling the agenda.

The question we should all be asking is, “Who is the David Sarnoff of EdTech, FinTech, and HealthTech, preventing our emerging young geniuses from rising to the top?”

Clearly, we have many in Africa, Asia, South America and the rest of the world who are more interested in exploiting talented people rather than letting their genius, ingenuity, and brilliance rise to the top.

History shows we’ve done a terrible job of protecting our most talented thinkers.

In this context, Sarnoff is an all-too-real symbol of the extreme challenges that will need to be overcome to achieve the optimal genius density we’ll need in the future.

Counter to our historic approaches, relying on serendipity is not a good plan. Doing nothing is also not an option!

The survival of the human species is dependent upon our ability to preserve the best and the brightest.

Behind every advancement, new threats are lurking. Our challenges ahead will be far more demanding. Abilities of the past are no longer sufficient to solve the problems of the future. Global catastrophes are poised and waiting to make their appearance.

We’ve all heard the stories and seen the movies of how famines, mounting deaths, social collapse, and mass migrations will ignite elevated forms of global conflict as civilizations crumbles.

We can no longer allow warlords, drug-lords, and human traffickers to reduce our polymaths and prodigies to soldiers, slaves, and servants. Nor can we let the David Sarnoffs, Joseph Stalins, Adolph Hitlers, Pol Pots, and Genghis Khans maim, kill, and destroy the billions of young men and women who should be filling our history books instead of them.

In much the same way that we can’t pay more bills with less money, we can’t solve greater problems with less talent. A planet with a shrinking population will suffer from entirely new kinds of problems, such as ghost town syndrome, neighborhood collapse disorder, community fragmentation, and social panic leading to fractured economies and large-scale financial failures.

We no longer have the luxury of allowing only a tiny fraction of our offspring to fight the one-in-a-billion odds to maybe find a seat on the world stage of thinkers, designers, and influencers.

And yes, many of our future scientists, engineers, entrepreneurs, and world leaders are being born in Angola, Congo, Ethiopia, Nigeria, Tanzania, and Pakistan.

Systems of the past are simply not good enough for the future. So the question remains, “How do we build the durable, survivable, sustainable structures needed in the future?”

As always, I’d love to hear your thoughts on this topic.